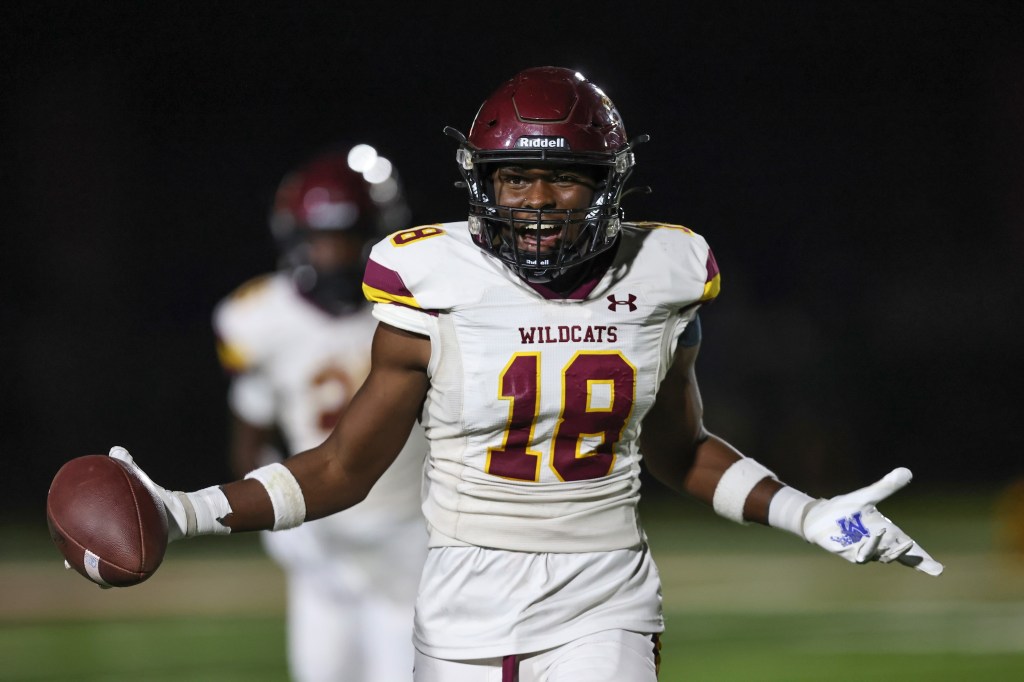 POPLARVILLE, Miss. — The Pearl River football team is set to hit the road for the last time in the 2022 campaign Saturday as it takes on Southwest. The game serves as the Bears’ Homecoming and kicks off at 5 p.m.
Pearl River enters the contest fresh off a thrilling 24-14 Homecoming victory over Copiah-Lincoln. The victory was PRCC’s fourth of the season, a mark it hadn’t hit since 2017.

“It’s been a tremendous journey and a lot of hard work to get to this point,” head coach Seth Smith said. “Sitting with a winning record right now with two games to go is a credit to how hard our coaches and players have worked. We still have a lot of areas to get better, but it’s rewarding to be sitting where we are.”

In the victory, Nick Milsap (Raleigh; Oak Grove) rushed for a season-high 143 yards and a touchdown on 27 carries.

“He’s a great kid and a tough kid,” Smith said. “He embodies everything that we are as a program. He’s worked extremely hard to get to this point. We had a three-score lead coming out of halftime and we knew we had a lot of guys out on defense. We decided to run the ball in the second half. They knew that Nick was getting the ball but he kept producing. That’s a testament to how mentally tough he is.”

With two games remaining on the schedule, Pearl River is still in the hunt for a playoff spot.

“We’ve been at this since January. This is why you put in the work,” Smith said. “We’re going into week eight with a chance to make the playoffs. It’s why we do what we do. We’ve worked really hard to try to elevate a program that once competed for championships each year. We are getting close to that, but we know we still have a lot of work to do.”

Pearl River (4-3 overall; 2-2 MACCC South) is led at the quarterback position by Lawson Pratt (Tuscaloosa, Ala.; American Christian Academy). The Samford transfer has completed 164 passes for 868 yards and four touchdowns.

Pratt’s number one target has been Christopher Holifield Jr. (Mobile, Ala.; LeFlore). The sophomore has caught a whopping 39 passes for 312 yards and a score.

Milsap has been the bell cow at running back this season. The third-year sophomore has carried the ball 106 times for 475 yards and five touchdowns.

Eli Hackbarth (Birmingham, Ala.; Oak Mountain) sits in second with 43 tackles and has chipped in five TFLs, one fumble recovery and one blocked field goal.

“He works hard and has a chip on his shoulder,” Smith said. “He was overlooked out of high school, walked on here and redshirted last season. He’s done everything we’ve asked and because he’s worked so hard, people are starting to see his hard work show on the field.”

Bryan Whitehead II (Bartlett, Tenn.) has been a force at the edge rusher position all season long. Heading into Saturday’s game, he leads the NJCAA in sacks with 9.5. He also has 15 TFLs, three fumble recoveries, three defensive touchdowns and two forced fumbles.

“Southwest has a ton of talent,” Smith said. “Records are irrelevant in this league. Everyone has good players, and everyone is well-coached. We realize that for us to go there and come away with success we will have to play extremely hard. We’ve had a good week of practice so far.”

The Bears have split time at the quarterback position this season, using Christopher Roberson and Cameron Davis. Roberson has completed 57 passes for 873 yards and seven touchdowns. Davis has tallied 498 yards and three touchdowns. Roberson has also added 117 rushing yards on the season.

“They have two quarterbacks who play for them and are good,” Smith said. “One of them is a little more elusive than the other, but we know we may see both of them.”

Damuriyon Montgomery takes most of the carries at the running back position. The sophomore has 97 carries for 325 yards and four touchdowns through seven games. Cadynce Johnson has carried the ball 48 times for 169 yards.

Hunter Lee leads the team in tackles with 45. Fred Lewis is second with 44. Martavius Evans has been a disruptive player along the defensive line. He has tallied 37 tackles, 8.5 TFLs and 6.5 sacks so far this season.

“If we can have success running the football, we don’t have to worry so much about sacks,” Smith said. “Our offensive line has done a really good job in pass protection this season. I don’t think this week will be any different for them.”

According to PRCC records, the Wildcats lead the all-time series with the Bears 62-16-3.

Pearl River livestreams all games for free at PRCCMedia.com/gold. Fans who have Roku, Amazon Fire, or Apple TV devices can also watch the Wildcat broadcasts by downloading the “Pearl River CC” channel from their app stores.
Games will also be available over the air in Pearl River County by tuning into 1320 AM and 106.9 FM. The radio broadcast is also available at WRJWRadio.com and by downloading the WRJW app.