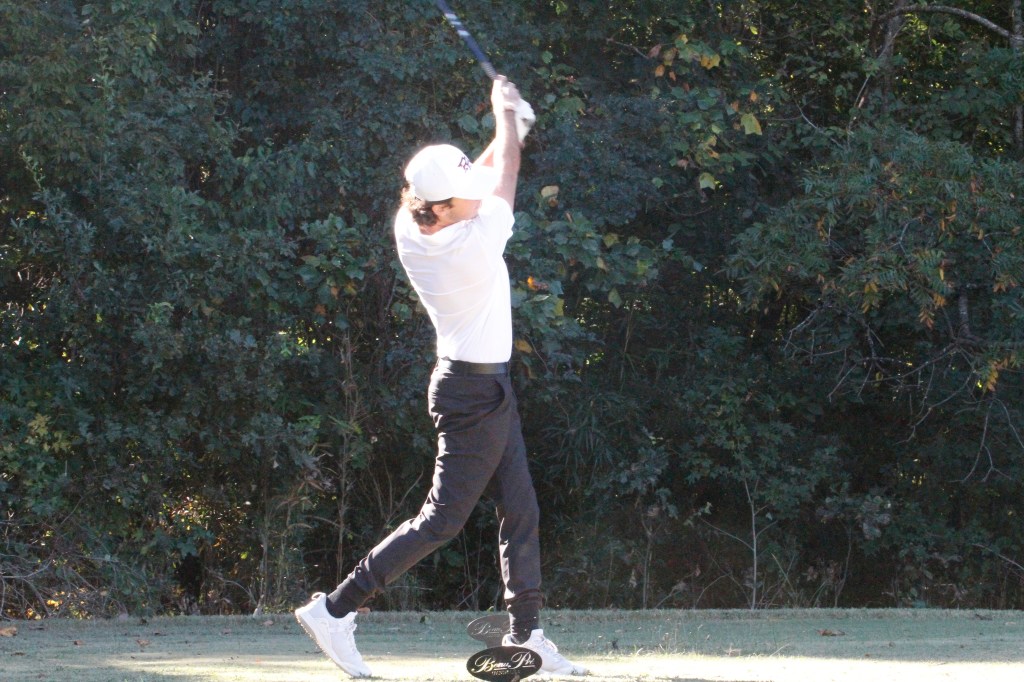 MERIDIAN, Miss. — The Pearl River golf team closed out its fall slate of MACCC events last week, tying for fifth place in the Meridian Invitational. The Wildcats sat in second place after round one but could not hold on to its advantage on day two.

The tournament was tightly contested as the Wildcats’ two-day total of 645 was just seven strokes shy of second place.

“It was very tightly contested, and it was our first time after day one to be in second place,” coach Coby Scarborough said. “The guys were feeling really good and proud of themselves, but it’s a two-day tournament. Everyone didn’t play up to their potential, but they were able to get something out of it. They learned that they could compete with the best teams in the state, and they learned that they can’t let up on day two.

“It was a great tournament, but it was a little disheartening to see where we placed at the end of the tournament because we fell four spots.”

The top performance of the tournament came from Hunter Robinson (Purvis). The sophomore shot a 75 in round one and followed it up with an 82 in round two for eighth place.

“Hunter played exceptionally well on the first day of the tournament but didn’t do so well on the second,” Scarborough said. “All in all, his consistency has gotten better, his short game and his ball-striking ability have gotten better. He’s putting in the work and he’s continuing to get better.”

Timothy Turnage (Picayune) finished tied for 15th after a two-day total of 159.

PRCC returns to action in the MGCCC Invitational Oct. 24-25 at Windance Golf Club in Gulfport. The event will be non-conference.

“The tournament will be all of the Mississippi teams and then several teams from the surrounding states,” Scarborough said. “We will be able to test our ability and skillset against several of the best schools around.”