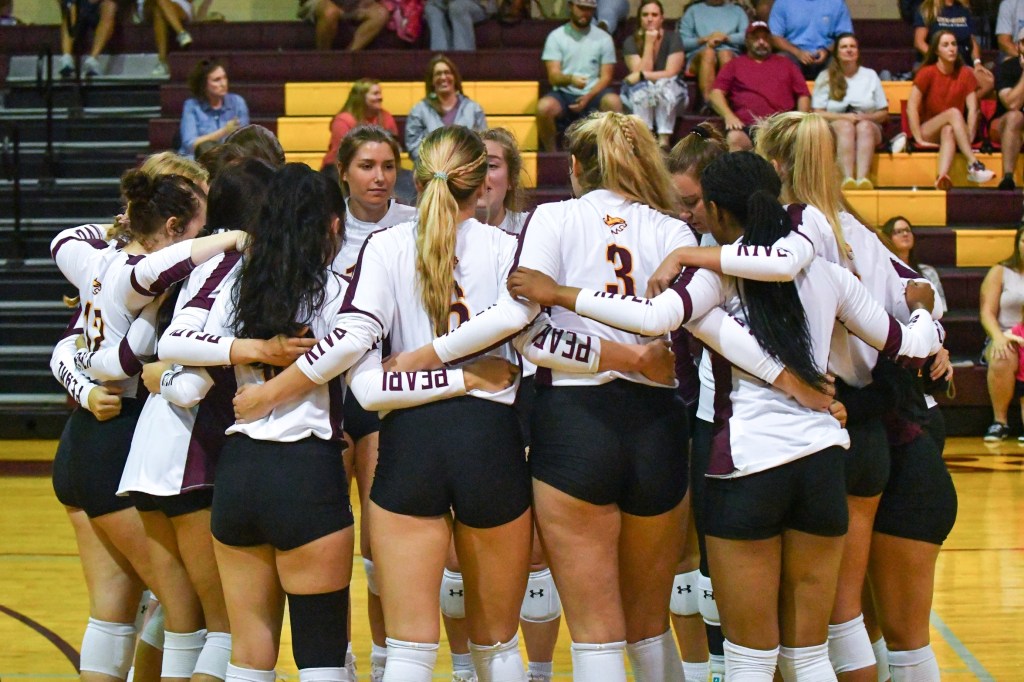 Pearl River (18-11 overall) opened the scoring in set one by grabbing an early 2-1 lead.

The match eventually worked itself to an 11-11 deadlock after another Burdine block.

The Commodores seized momentum and used it to open a 19-13 lead. The Wildcats were not fazed and fought their way back to within three at 23-20.

GCS managed to hold off the late Wildcat rally, claiming the match 25-21.

Pearl River opened on the front foot in set two by grabbing four of the first five points.

The Commodores cut the deficit to 4-2 shortly after, but Pearl River responded with back-to-back kills by Burdine and Natalie Bartholomew (Brandon) to increase the lead to 6-2.

GCS did not let the early scoring barrage by the Wildcats faze it as it went on a big run to take the lead 11-9.

Pearl River halted the run thanks to a Sammie Smith (Biloxi; D’Iberville) kill.

GCS picked up where it left off with the previous run and used the momentum to take set two 25-18.

Set three opened with neither team willing to give an inch, finding themselves deadlocked 8-8.

The Commodores went on a sizable run to establish momentum 18-10.

The Wildcats were unable to regain momentum despite aces from Julianah Overstreet (Vancleave) and Allison Carpenter (Ocean Springs), falling 25-15.

The Wildcats will continue the road trip on Friday against Coastal Alabama East. The match is set to get underway at 6 p.m.