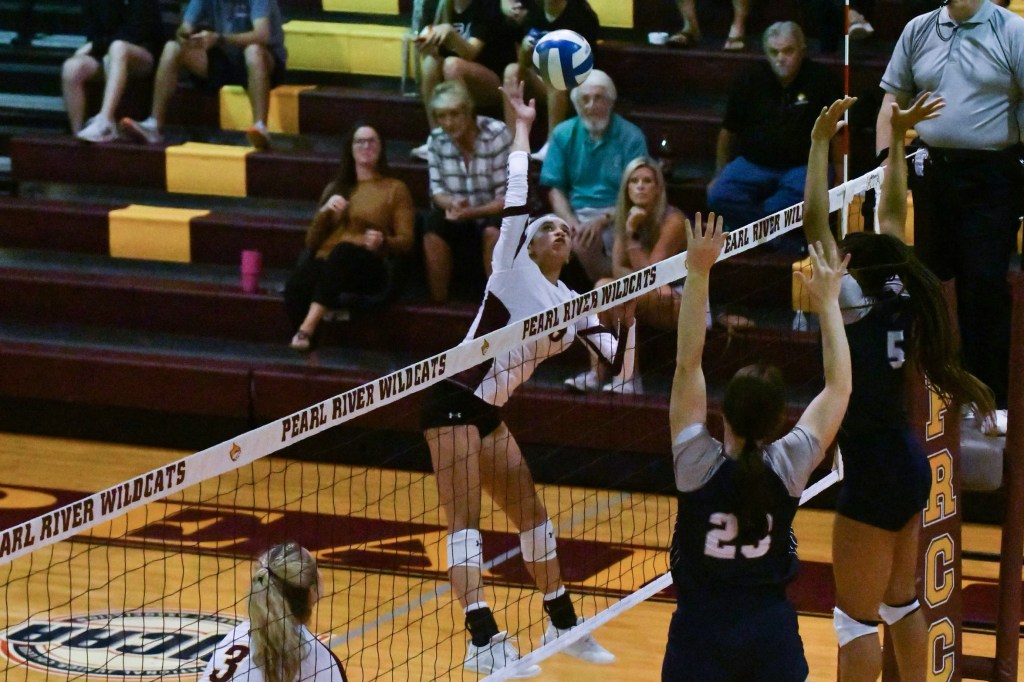 POPLARVILLE, Miss. — The Pearl River volleyball team concluded the regular season on Tuesday with a victory over the visiting Itawamba Indians 3-1 (25-17, 25-16, 15-25, 25-23). The game served as sophomore night for the Wildcats.

“I am so happy for them to get this big win at home,” head coach Haley Chatham said. “They have worked so hard to be here and have come so far. I hope they are as proud of themselves as I am of them.”

The Wildcats are set to play in the Region 23 Tournament this weekend and Chatham talked about preparation in the week ahead.

“If there is one thing we need to work on moving forward it’s service errors, but the good news is that it’s an easy fix.”

Before the match, Pearl River honored its strong group of sophomores that have helped solidify the program over the last two years.

“Our sophomores are an absolute joy,” Chatham said. “They have been such a steady calm presence for our freshman this year and are some ballers. I’m so thankful to have had the privilege of being their coach.”

After a quick scoring exchange made the score 6-6, Natalie Bartholomew (Brandon) soared through the air and blasted the ball off a defender for a kill to recapture the lead for the Wildcats.

Shortly after, Overstreet kept the play alive by keeping the ball off the ground with a full extension dive that set up another kill by Bartholomew.

From there, the teams traded blows with the Wildcats holding on to a slim 19-15 lead. It was all Wildcats after that as they coasted to a 25-17 set one victory.

The Wildcats were eventually able to capture the lead for the final time 17-16 through another Bartholomew kill.

The Wildcats used the newfound momentum to capture set two by a final score of 25-16.

The Indians reclaimed the lead shortly thereafter and managed to open up a sizable 11-4 lead.

The Wildcats were never able to find their footing and fell 25-15 in set three.

The teams began to exchange scores, eventually finding themselves deadlocked 10-10.

The Wildcats grabbed the lead 11-10 through another Burdine block and used the momentum to slowly add on to the lead through two more Bartholomew aces.

Burdine came through yet again a few moments later with a kill that extended the lead to 14-12.

After another quick scoring exchange, Bartholomew continued her impressive night with a service ace to extend the lead 17-14.

Itawamba rallied to take a late 23-22 lead, but the Wildcats did not let it faze them and retook the lead 24-23 and grabbed a quick point to seal the set and match 25-23.

Pearl River returns to action Saturday for the Region 23 Playoffs. The Wildcats will take on Itawamba at 10 a.m. at Northwest. If PRCC wins that match, it will take on Northwest at 1 p.m. The matches will be livestreamed at NWCCRangers.com/watch.