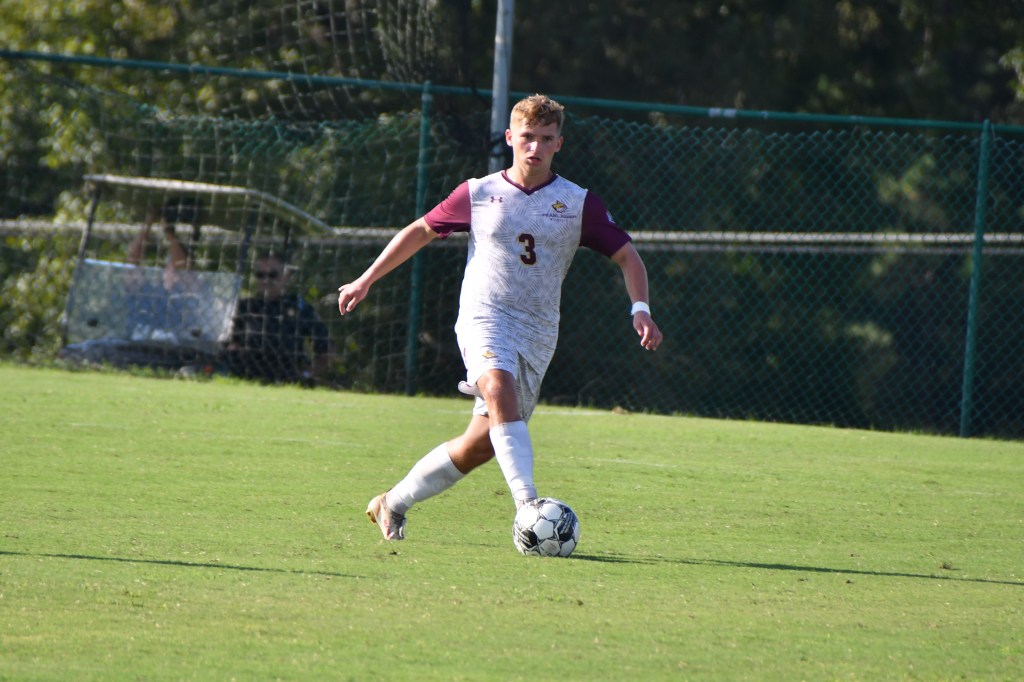 “I thought it was a very good game. I’ve been trying to tell people that they are back,” Pearl River coach Drew Gallant said. “If you look at their losses, several of them are against ranked teams. It was a rivalry game. We gambled at the end by making the tactical decision to push all of our numbers forward. We were either going to score or they were going to get us on the counter.

“I thought we created several opportunities, but we just didn’t capitalize on them.”

Christopher Dommer (Copenhagen, Denmark) equalized for the Wildcats in the 26th minute of the night. Dommer was fed a pass on the outside of the box and on his first touch he chipped it over the head of the diving MGCCC goalkeeper for the score.

Gulf Coast took the lead back in the 64th minute of the contest, scoring a wonder goal. The Bulldog player slowed down a pass before stepping forward and striking it into the back of the net at the far post to take a 2-1 lead.

Pearl River created numerous opportunities down the final stretch of the contest but was unable to find the back of the net.

As the time started to tick down, the Wildcats pushed all their players forward in hopes of tying up the contest, but MGCCC broke through the PRCC defense and added a third goal.

Pearl River returns home Friday for Sophomore Night against Copiah-Lincoln. The match is set to get underway at 7 p.m.