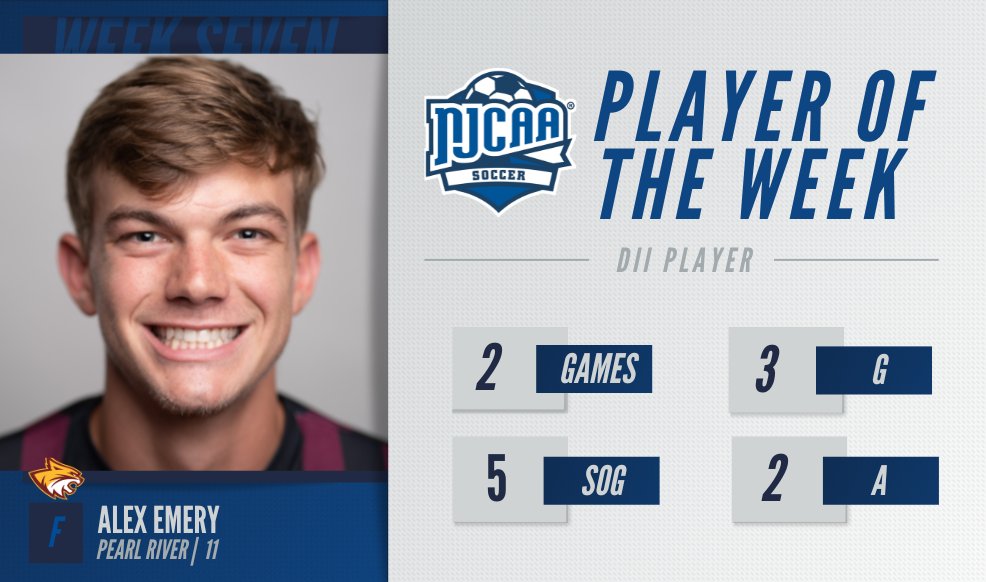 POPLARVILLE, Miss. — After being named MACCC Player of the Week on Tuesday, No. 8 Pearl River’s Alex Emery(Gulfport; West Harrison) received some more good news Wednesday. The National Junior College Athletic Association announced that the Wildcat forward was named the DII Player of the Week.

Emery joins women’s soccer’s Aníta Guðmundsdóttir (Kópavogur, Iceland.; Flensborg) on the weekly awards list as she was named NJCAA Goalkeeper of the Week.

Emery earned the award after coming up clutch once again for the Wildcats last week. The sophomore helped PRCC pick up wins over Itawamba and Hinds by scoring three goals and assisting on two.
Itawamba jumped out of the gate to take an early 2-0 lead over the Wildcats, but Emery’s two second-half goals helped Pearl River fight back to win the match 3-2. Against Hinds, Emery earned a pair of assists before capping off the 4-2 victory with a goal.

Emery has been a force for the Wildcats this season, tallying a remarkable 13 goals and four assists. His 13 goals rank first in the MACCC and 11th in the NJCAA. Pearl River currently sits 9-2 overall with a 6-1 mark in MACCC competitions.

The Wildcats go on the road next Tuesday for a match against rival Gulf Coast. The contest is set to get underway at 7 p.m. and will be livestreamed at MGCCCBulldogs.com/watch. Pearl River returns to PRCC Soccer Complex next Friday for sophomore night against Copiah-Lincoln.