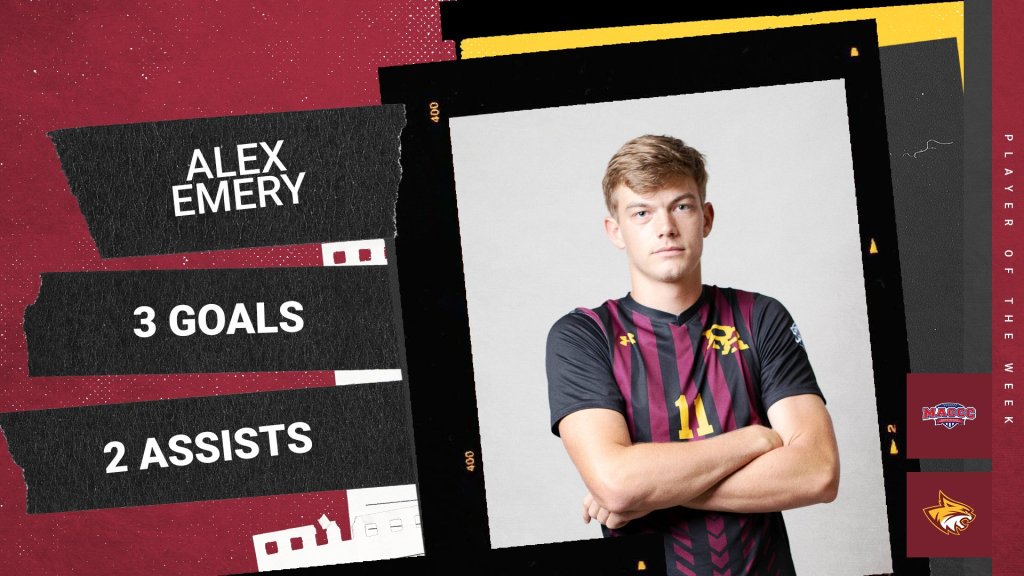 POPLARVILLE, Miss. — After yet another incredible week for the No. 8 Pearl River men’s soccer team, Alex Emery (Gulfport; West Harrison) has claimed the Mississippi Association of Community Colleges Conference Player of the Week.

The forward was given the award after scoring three goals and dishing out two assists across victories over Itawamba and Hinds.

Against Itawamba, Pearl River found itself in an early 2-0 deficit but used a pair of second-half goals from Emery to climb back and win the match 3-2. Emery came up big once again against Hinds. Locked in a 1-1 tie, Emery dished out a pair of assists to push the Wildcat lead out to 3-1. After Hinds cut the deficit to one goal, Emery was able to put a goal into the back of the net to give PRCC a cushion.

The Wildcats go on the road next Tuesday for a match against rival Gulf Coast. The contest is set to get underway at 7 p.m. and will be livestreamed at MGCCCBulldogs.com/watch. Pearl River returns to PRCC Soccer Complex next Friday for sophomore night against Copiah-Lincoln.