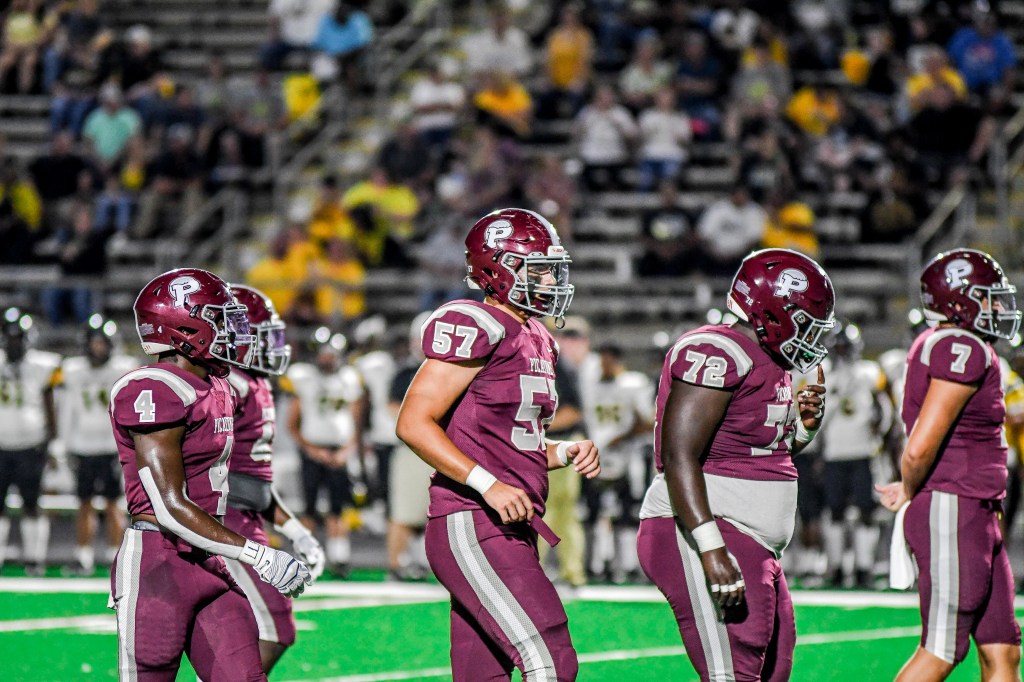 The Picayune Maroon Tide football team traveled to the doghouse residing the Vancleave Bulldogs and came out unscathed, winning 49-7.

The Maroon Tide are ranked fifth in the state with a 6-0 season record. They are the top dog ranked first in Mississippi Division 5A.

Picayune received the ball to open the game. They produced a solid offensive drive capped off by Darnell Smith’s 30- yard carry. They led 7-0 to end the first quarter. Picayune’s second touchdown drive was set up by quarterback Brady Robertson’s connection to Tyran Warren on third and long. This set the Maroon Tide with first and goal on the two-yard line. It was more than enough for Chris Davis to run the ball in for a 2-yard touchdown. Then, Dante Dowdell scored the next two touchdowns. His first was a 26-yard rush and this second was a 5-yard rush. That put Picayune up 28-0 at halftime.

In the third quarter Picayune scored their first defensive touchdown of the year. Robert Williams sacked the Bulldogs quarterback forcing a fumble. Jamonte Waller was right in place to scoop and score for a 19-yard touchdown. The next Picayune score came off a 97-yard touchdown run by Dante Dowdell.

In the fourth quarter Vancleave found the end zone against Picayune’s reserve squad. Then Picayune capped off their scoring night with a fullback drive up to middle from Triston Cooper.

Robertson threw a perfect 6-6 for 140 yards against Vancleave. Warren led all receives with two catches and for 80 yards. Dowdell had 12 carries for 237 yards with three touchdowns. Picayune rushed for a total of 330 yards.

Defensively, Amarion Tyson led the way with 14 tackled; he split even with his solo and assisted tackles. He also has two sacks and Robert Williams joined him with one sack.

“I thought we played really good, we talked about how hard we had to play and the effort we must have and need, and I saw a lot of it on Friday night. Things just went our way,” said head coach Cody Stogner.

Even though things went Picayune’s way Stogner never over looked the small details. Picayune had a goal line fumble and Stogner said they had some uncharacteristic moments causing too many penalties for his liking.

“We had way to many penalties I think we had 100 yards in penalties, we’re going to have to clean that up,” said Stogner “But I was proud of our effort and how the energy was for the whole game.”

Next, The maroon Tide will host the undefeated East Central Hornets. The Hornets are No. 3 in Mississippi Division 5A ranking. They’re coming off a 47-12 district win over Pearl River Central. Kick off is set for Friday, Oct. 7 at 7:30 p.m.