No. 13 PRCC turns in best single-match performance since 2017 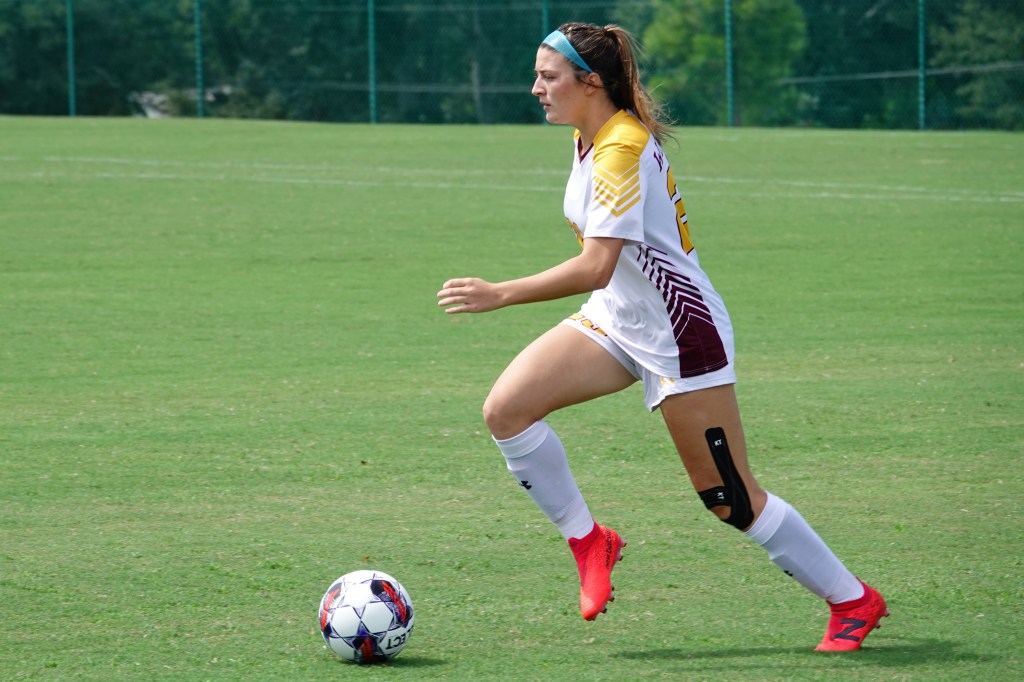 The offensive output was the largest by PRCC since its 11-goal performance in 2017.

“We played really well and were able to move the ball around,” head coach Henrik Madsen said. “We used the width of the field nicely. It was a good overall performance.

“It was good for Ann Maris to get back on track with some goals. Jess and Adele continued their scoring streak as well which is promising.”

It didn’t take long at all for the scoring barrage to get started as Jess Harrison (Gulfport; St. Patrick) added the first Pearl River (11-1-1 overall) goal in the 3rd minute.

Aníta Guðmundsdóttir (Kópavogur, Iceland.; Flensborg) was awarded an assist just one minute later. The goalkeeper sent a ball forward for Ann Maris Ragan (Flowood; Hartfield Academy) who was able to put it into the back of the net for a 2-0 lead.

Pearl River scored its third goal of the contest just eight minutes into the contest as Maddie Cuevas (Picayune; Hancock) knocked a ball into the back of the net.

Adele Mooney (Lafayette, La.; Ascension Episcopal) kept up her incredible scoring form in the 25th minute. Alyssa Fleming (Carriere; Pearl River Central) passed off to the Wildcat striker who sent a ball into the net. Fleming’s assist was the first of her Wildcat career.

Ragan earned her brace in the 35th minute knocking the ball into the goal after being fed a pass from Jenny Satcher(Hattiesburg).

In the 41st minute, Ally Davis (Hattiesburg) joined the scoring fun to make the score 6-0.

Six minutes into the second half of the evening, Ragan earned her hat-trick to extend the PRCC lead to 7-0. The multiple-goal performance was the first of the freshman’s career so far.

Harrison picked up her second goal of the day in the 66th minute, slotting home a pass from Davis for the score.

Sophomore midfielder Lola Taylor (Ocean Springs) got on the scoresheet for the first time in her Wildcat career in the 73rd minute, knocking home a Davis pass to make the score 9-0.
Oxford College of Emery (3-5) grabbed its only goal of the contest in the 77th minute to cut the deficit to 9-1.

Pearl River picked up one more goal in the 87th minute, courtesy of Lucy Conway (Portsmouth, England.). Satcher played a ball in off a corner kick and the midfielder put it into the back of the net to extend the lead out to 10-1.

Pearl River travels to archrival Gulf Coast on Tuesday for a 5 p.m. kickoff. The match will be livestreamed at MGCCCBulldogs.com/watch.