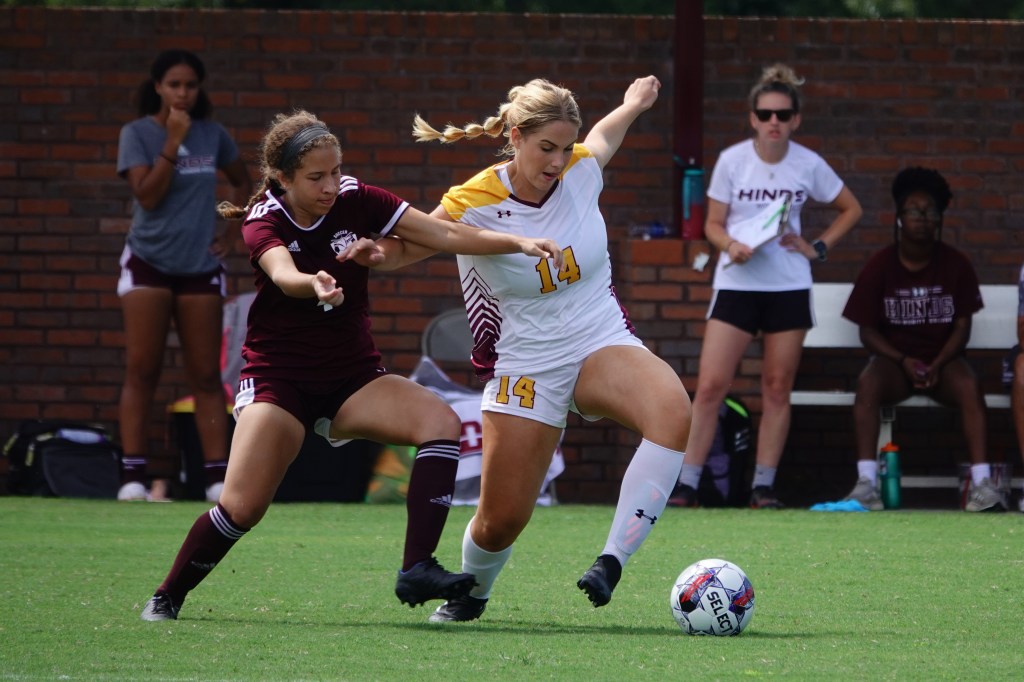 POPLARVILLE, Miss. — A trio of goals was the difference Tuesday as the No. 13 Pearl River women’s soccer team returned home to knock off visiting Itawamba 3-0.

“The girls came out and worked really hard as usual,” Pearl River coach Henrik Madsen said. “That’s always one of our goals. We created a bunch of chances, but Itawamba is always very good. David (Strother) does a super job of getting them organized, so they’re tough to break down.”

PRCC was shorthanded due to a few injuries, but the Wildcat depth continued to shine in the match.

“It’s just different players continuing to step up,” Madsen said. “That’s the great thing about having such a deep squad. It doesn’t necessarily have to be one player, any of them can step up and do the job. That’s a great thing for us.”

PRCC got on the scoresheet in the 39th minute of the night courtesy of Jess Harrison (Gulfport; St. Patrick). Katie Havard(Hurley; East Central) took the ball away in the midfield and sent a great through ball forward for Harrison. The Wildcat striker got a touch on the ball and the ICC keeper rushed out to dive in front of it. The ball bounced off her hands and made its way back to Harrison who followed up with the easy tap-in goal, giving PRCC the 1-0 advantage.

Just a few minutes later in the 41st, Sydney Spataro (Long Beach) sent a shot from deep towards the goal, but the Itawamba keeper had no trouble with this one, stepping up to make the easy save.

Adele Mooney (Lafayette, La.; Ascension Episcopal) doubled the Wildcat lead in the 55th minute. Havard dished off to the PRCC striker. Mooney took a few steps to her left and unleashed a shot from just outside of the 18-yard box that sailed into the right side of the net, freezing the Itawamba goalkeeper.

In the 87th minute, Ann Maris Ragan (Flowood; Hartfield Academy) had an opportunity to score off of a rebound but couldn’t get around the ball, sending it out of bounds for a goal kick.

Mooney picked up her brace with just 40 seconds left in regulation. After PRCC won a corner kick opportunity, Spataro played a ball in toward Mooney. The freshman jumped and headed the ball down and into the back of the net to increase the PRCC lead to 3-0. The brace was the first of her Wildcat career.

Madsen talked about Mooney’s performance after the match.

“It was good to see Adele pick up those two goals,” he said. “She’s starting to get a hang of it. She’s playing more central and holding the ball up. She’s very good at that. She got in a really good spot on the last goal and had a nice header.”

Pearl River goes on the road Friday for a match against Hinds. The contest is set to get underway at 3 p.m. and will be livestreamed at HindsCCSports.net.