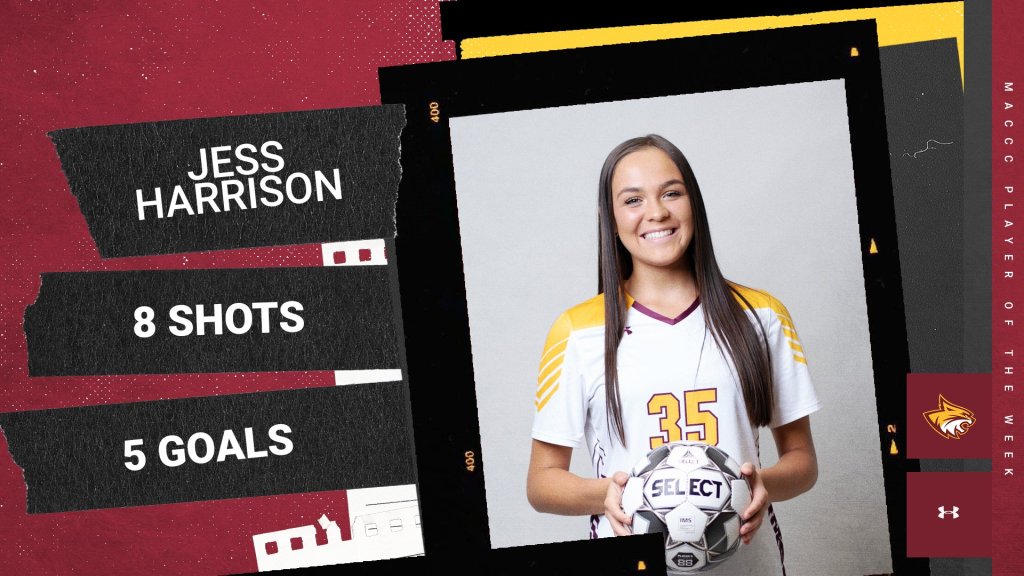 POPLARVILLE, Miss. — After helping lead the No. 12 Pearl River women’s soccer team to a perfect week, Jess Harison (Gulfport; St. Patrick) has been named the Mississippi Association of Community Colleges Conference Player of the Week.

PRCC swept the women’s soccer awards this week as Aníta Guðmundsdóttir (Kópavogur, Iceland.; Flensborg) was named Goalkeeper of the Week.

The Wildcat striker takes home the honor after leading Pearl River to a trio of victories against Itawamba, Hinds and Oxford College of Emory.

In a 3-0 victory over Itawamba, Harrison netted one goal. She followed up that performance by picking up two goals in a 3-0 win against Hinds. The sophomore continued her hot streak on Sunday, scoring a pair of goals against Oxford College of Emory.

The Wildcats currently hold an 11-1-1 overall record with a 5-1-1 mark in MACCC play and Harrison has been a major part of the success, scoring 10 goals and assisting on one.