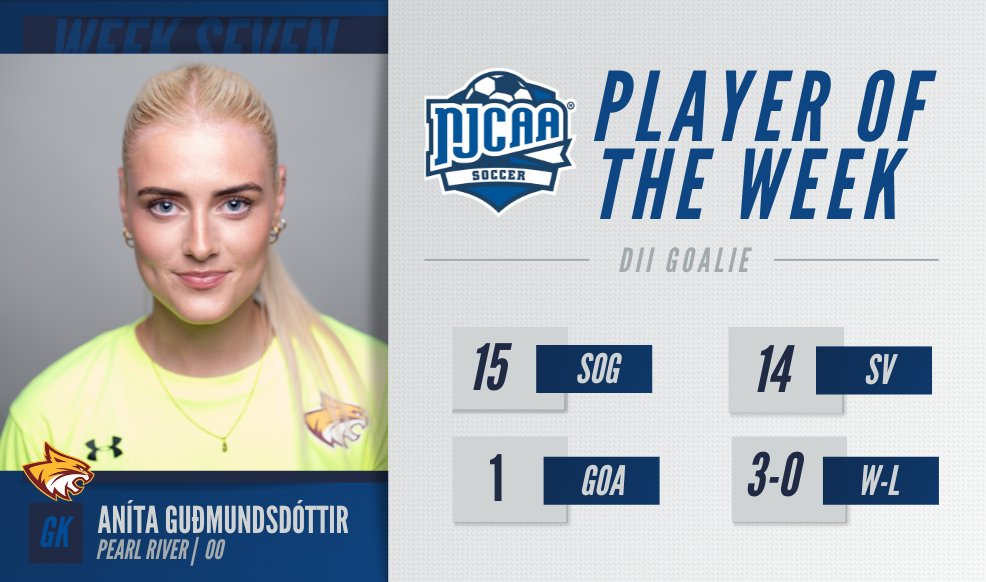 The honor comes after an incredible week from the PRCC shot-stopper, which saw her earn three wins and a pair of clean sheets.

In a 3-0 victory over Itawamba, Guðmundsdóttir made five saves. She followed that performance by turning away four shots in a 3-0 win at Hinds. She capped off the great week by making four saves and allowing just one goal in a massive 10-1 victory against Oxford College of Emory.

Guðmundsdóttir has been remarkable at the goalkeeper position for PRCC this season and has helped the Wildcats cruise to an 11-1-1 overall record. So far this season, she has played 1010 minutes in goal and has made 64 saves to just seven goals allowed. Her .901 save percentage ranks eighth in the NJCAA and her 0.62 goals-against average is 12th.