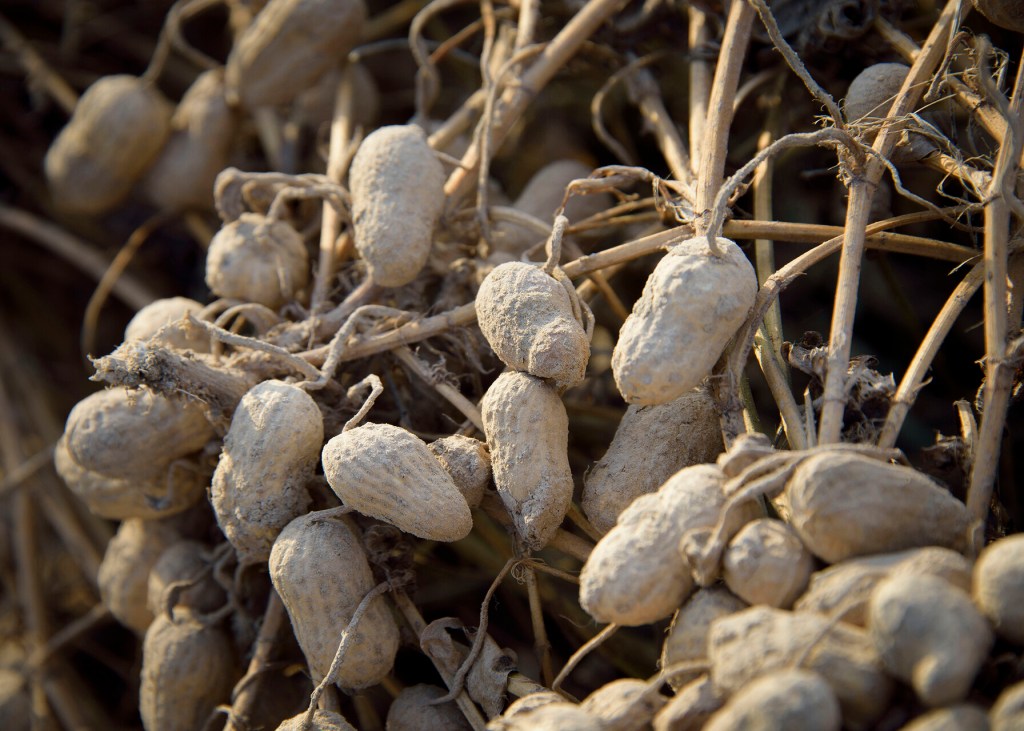 Mississippi peanut producers planted 14,500 acres, which is down about 20% from 2021 acreage because of higher commodity prices for other crops at planting time. (Photo by MSU Extension Service)

“We’ll have a good year, an average year, for peanuts,” said Brendan Zurweller, peanut specialist with the Mississippi State University Extension Service. “I don’t think we’ll be able to classify it as excellent because of some of the weather conditions we had during important development times for the crop.”

High temperatures and lack of rainfall in late June and July kept the fields dry and slowed plant growth. In late August and early September, some areas in central Mississippi received heavy rainfall.

“The southern half of the state got a lot more rain than we did in the northern half,” said Zurweller, who is also an assistant professor in the Mississippi Agricultural and Forestry Experiment Station. “How the crop was affected depends on where you are and how well drained the soil is. Even if growers got a lot of rain, it didn’t really hurt yield, but it could have slowed down maturity in some areas, especially if the soil was waterlogged.”

Zurweller said some producers began digging a little earlier than usual because they were able to get the crop planted early this year.

“The crop is about 30% harvested at this point,” Zurweller said. “We don’t have them all dug yet, but we’re in good shape.”

Mississippi producers planted about 14,500 acres of peanuts. That number is down about 20% from 2021 acreage because of higher commodity prices for other crops at planting time. Yield is expected to be between 4,000 and 4,200 pounds per acre.

According to the latest report from the U.S. Department of Agriculture National Agricultural Statistics Service released on Sept. 25, 35% of peanuts have been dug with 25% harvested. The report shows 67% of the crop is in good condition, 25% is in fair condition, and 3% is in poor condition. The remaining 5% is in excellent condition.

Zurweller said he saw leaf spot, white mold and southern blight in some fields, but none were widespread issues for growers.

“It was really on a field-by-field basis,” he said. “I wouldn’t say one disease was worse than the other as far as severity is concerned, and it wasn’t everywhere.”

As harvest begins, fields with heavier soil types are a bit dry, making it difficult to dig the crop.

“Now, we’re getting to the point in some fields with heavier ground, it’s a little bit dry, which makes it hard to get the blades deep enough under the pod zone,” Zurweller said. “So, we end up with more dirt and foreign material when we dig. We dig those first and try to get the nuts out as fast as possible.”

Will Maples, Extension agricultural economist, said decreased acreage and increased demand have led to the increase in price from the last two years. Peanuts are listed at 26 cents for the week ending Sept. 17 by the USDA National Agricultural Statistics Service. That is an increase of 5% from a month ago and an increase of nearly 16% from this time last year.

“Peanut-planted acreage was down 2.6% in 2022 at 1.5 million acres nationwide,” he said. “Lower production and the outlook for slightly higher demand is leading to a tightening of stocks. Ending stocks for 2022 are currently projected at 2,347 million pounds, which is 2% lower than the previous year and is price supportive to the peanut market.”