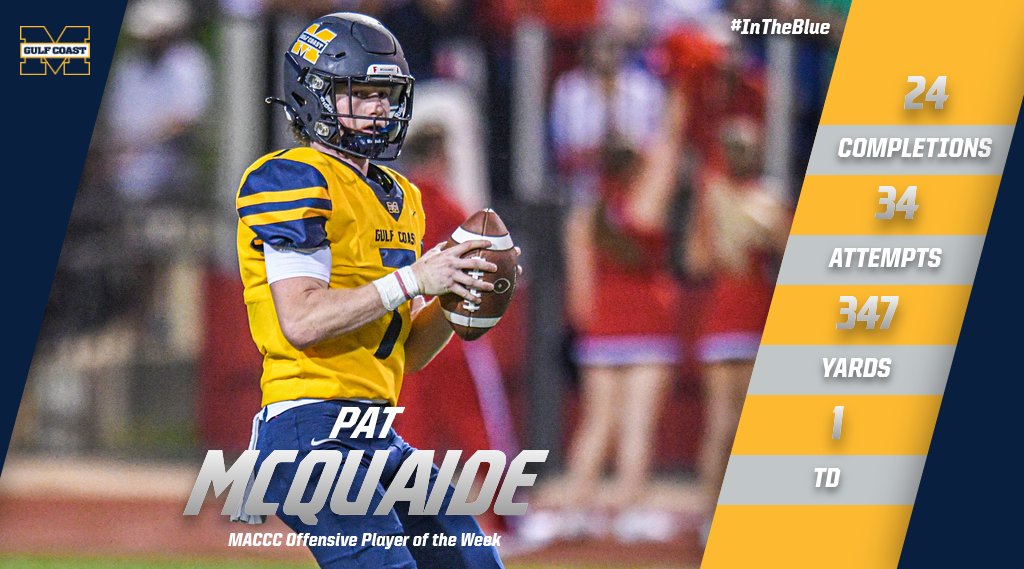 PERKINSTON — Pat McQuaide set a new career-best passing mark in last week’s blowout of Hinds, and the Mississippi Gulf Coast quarterback picked up an award for it this week.

The freshman from Solon, Ohio, was named MACCC Player of the Week. He completed 24-of-34 passes in a 34-7 win over the Eagles, passing for 347 yards. McQuaide threw for one touchdown pass and ran for his first score of the season.

The Bulldogs stayed alive in their quest to return to the postseason. The win set up this Thursday’s showdown against No. 4 Jones, and a victory against the Bobcats would earn Gulf Coast the No. 1 seed from the South and a fourth-straight division title.

McQuaide is the second Gulf Coast player to earn a conference Player of the Week award this season. Jonathan Harris (So., Hattiesburg/Petal) won for his special teams play against Southwest Mississippi.

He is eligible for NJCAA honors, which will be announced Wednesday.