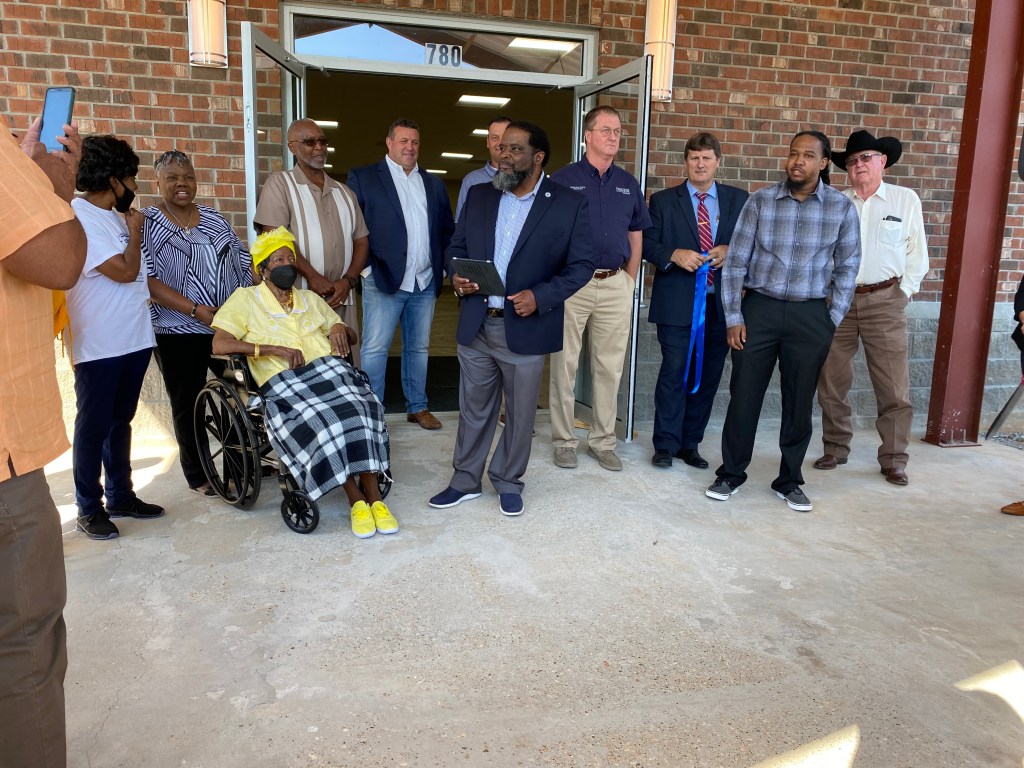 With a start date of September of 2018, it may have taken three years to finally finish, but now the residents of Pearl River County have a new community center.

The long wait to finish the project was due to the COVID pandemic and Shale Support Services pulling out of the project, said District I Supervisor Donald Hart.

The total cost of building the Mary Halen Richardson Community Center was approximately $350,000. Hart said the county received several donations from local industries and private citizens to help complete the building. Then, Shale Support Services offered to build the building.

At this point the Mary H. Richardson Community Center was only one year into construction. Construction on the building hit a stand point for a while through the pandemic until the Cares Act, HEROS Act and ARPA funds came available. The county was able to use the ARPA funds to finish the interior of the building.

Richardson tried to start a community center back in 2012. Hart said Richardson was at an MLK Jr. meeting and asked people to donate money to build the center but not much was done after that one meeting. After Hart was elected to office, he’s made it a goal to make the community center a reality. They named the center after Richardson because it was her idea and because she’s done a lot for voting rights in Mississippi.

“I wanted to name it in her honor because she’s done a lot for voting rights. Her and her husband were pioneers for rights in the area, they used to help people with paid poll taxes in the Civil Rights era… She’s just been a trailblazer in this community for as long as I can remember,” said Hart.

Now that the ribbon cutting was held on Friday Oct. 7, 2022, it will serve as a voting precinct and community center. Currently the center is the location where Climb CDC will offer assistance to area  youth from ages 16-24 by providing educational opportunities, high school diplomas, and job placement assistance that will provide employers with qualified workers.

Hart said the center is also going to serve as a site for seniors as a senior feeding site. It will also be a place that can be rented by the public for various functions like weddings, parties and other events.

“It’s been a long time coming and we’re glad to have a site like this,” said Hart.