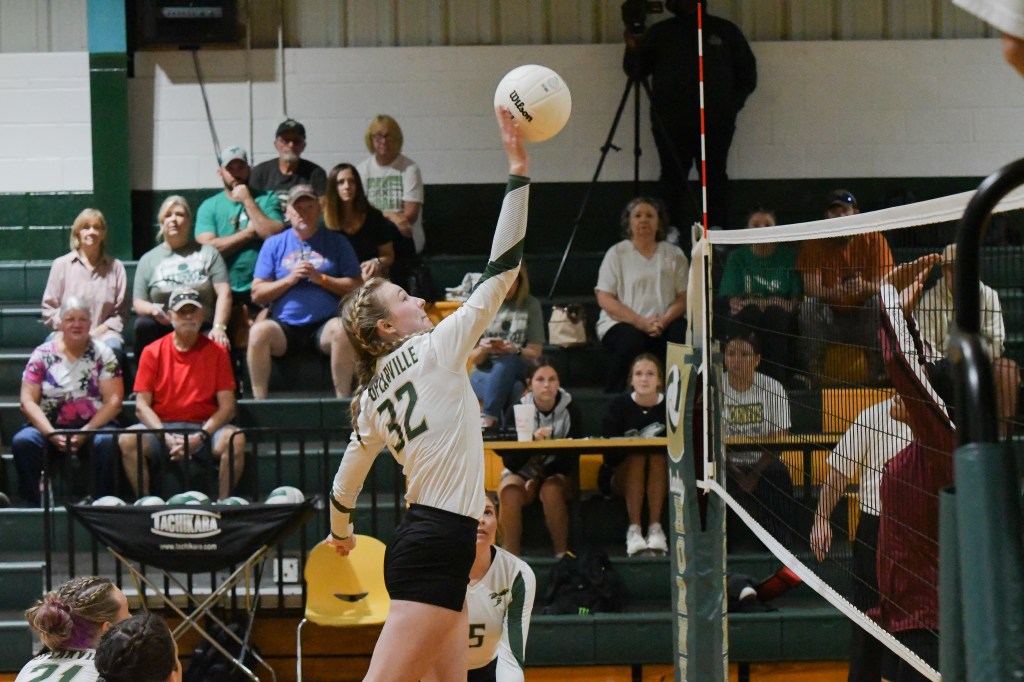 This past Saturday, the Poplarville Lady Hornets volleyball team swept the Lanier Bulldogs in round one of the 4A State playoffs. This is the first playoff win in program history after appearing in four other playoff first rounder’s in previous years.

“We set a goal that we wanted to make it to playoffs this year, we worked really hard to fix things through the season and that really contributed to us getting to this point… said Head coach Amanda Ladner. “We came in pretty confident, maybe a little nervous, but when they got out on the court they played their game got the job done.”

The Lady Hornets had a fiery start, creating a 10-6 lead. Lendy Crider contributed two kills, Carli McCurdy and Caroline Phares also had kills. The Lady Hornets maintained their lead behind some stellar play. Up 20-11, McCurdy scored with a easy tip, then a Bulldog’s spike get blocked by the net, then they failed to control the ball with under three hits. Those two errors helped the Lady Hornets grow their lead to 23-11. Rayelin Davis ended the rally with a kill but the Bulldogs answered scoring with a dink. In the following set Lanier served the ball out of bounds, giving Poplarville the winning set.

Leading 20-13 Poplarville picked up a point off Lanier’s error, but Lanier scored back-to-back points after that. With the score 23-19, Crider spiked back-to-back kills to win the set.

The Lady Hornets jumped to a 5-1 lead to start the third set. Their lead jumped to 10-4, then 15-6. Poplarville scored mainly off kills and aces and scored five unanswered points to lead 20-6. Poplarville was called on a double hit ending Lanier’s scoring drought. Phares and Kelby Jones combined for a block to led 22-9 and a Lanier error made the score 23-9. The Lady Hornets capped off the night with a kill by Davis.

Next, the Lady Hornets will play the West Lauderdale Knights in Collinsville, MS for round two of the 4A State playoff. The match is set for Tuesday, Oct. 11 at 6 p.m.