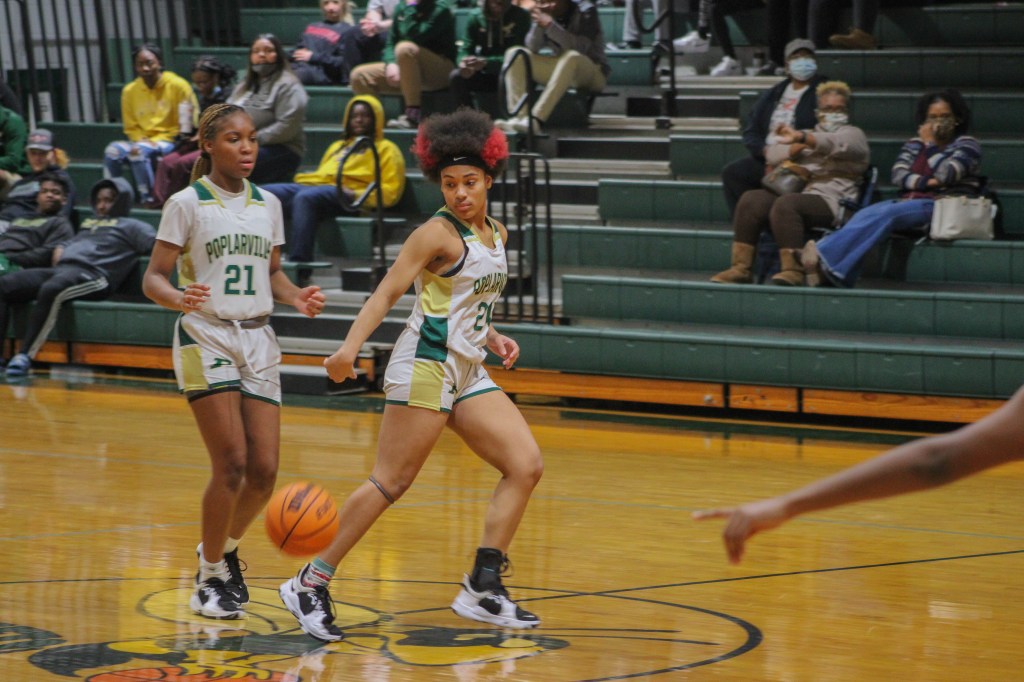 The Poplarville Lady Hornets basketball team has a goal of being in this year’s 4A state champions. Last year the Lady Hornets made it to the first round of the playoffs but lost to Pass Christian.

Second-year Head Coach Steve Willey said this year’s team is a little more experienced and had an effective summer of training and development. Willey said he expects the team will be better defensively, and score more points this season. But what will really separate the Lady Hornets will be the team’s knowledge of basketball.

“We got some players that can score it but I think the best thing we got going for us right now is that we have some basketball IQ, we got a lot of kids with basketball IQ, and that’s going to help us,” he said.

The experience and knowledge will help Poplarville take whatever opponents throw at them on offense.

Competing, executing on offense and defense and letting the results speak for itself is all Willey will ask for this season. As long as the Lady Hornets are competing, giving it all they got and having fun this season. Willey can’t complain.

Willey had only good things to say about the team’s off-season development. The same players from last year will bring their chemistry and communication skills, which have grown during the off-season. Willey said communication on defense is going to help throughout the year.

“It’s a key factor in what we do,” said senior guard Avory Travis.

Playing in Jackson is the team’s goal, especially for Travis and junior guard Ta’meah Bester. Both played pivotal roles in last season’s success and both want to play D1 college basketball.

Bester said patience goes along with communication. It took time and patience to develop the great communication the team has. Their bond as lifelong friends translates to trust on the court and Bester and Travis feel those are skills that translate to a lot of expected wins this season.

Bester and Travis said they understand their strengths and weaknesses too. Perimeter shooting is where they feel they need the most work.

“We have some strong shooters and players that can drive the ball, it’s just trying to get to that point,” said Travis.

Travis’s motivation for this season stems from her teammates. She’s surrounded by players who have her back and she can go to them about anything, which she said is important to her.