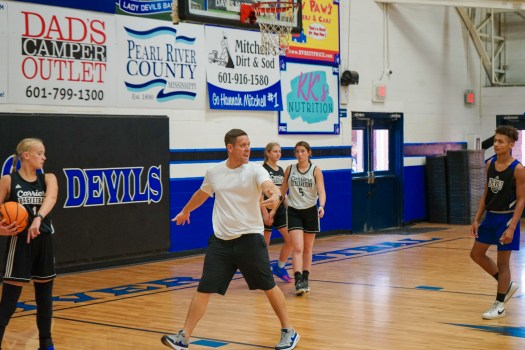 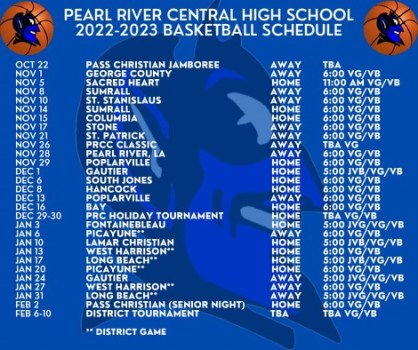 The Pearl River Central girl’s basketball team is ready to handle any pressure for the 2022-23 season. The reigning 4A district champions will look very similar this year since the majority of last year’s players are back with five seniors in leading positions.

“We have everything coming back from last year so it should be a really good season for us,” said Head Coach Cliff Bauer.

There was one vacant spot on the roster that needed filling. PRC will be without their premier defender and 4A all-district player Hollie Mitchell, but Bauer has acquired Carsyn Cacioppo, who will fill the role perfectly.

The Lady Blue Devils had a successful season last year, reaching the district championships with four Lady Blue Devils honored as 4A all-district players. The Blue Devils playoff season was unfortunately short lived after losing to Brookhaven in the first round. The team and Bauer’s goals are to be district champs again and reach further into the playoffs. This season, they’ll have their district MVP Hannah Mitchell, all-district players Nia English, and Emily Carroll back.

“We’re trying to make it further than we did last year, that’s kind of what our thing’s been this preseason,” said senior guard Hannah Hopkins.

“I think we’re a lot more experienced as a team this year, so I think we’re pretty excited to get out there and see what we can do,” said senior guard Hannah Mitchell.

Bauer wants this team to bridge a new gap in the basketball program as the team who played deep in the playoff bracket.

PRC will stick to their roots, playing a medium speed and well-organized game that is at their own pace. Bauer said he does not consider his team to have a run and gun play style. They have the capability to run in transition and put up a lot of shots but it won’t be their modus operandi. Keys to a successful season are handling pressure and a full court press that they’re bound to face this season. Last year, PRC was pressed a lot during the later parts of their schedule, and were exposed at times. Handling a full court press is imperative for PRC’s success and seniors Hannah Mitchell and Hannah Hopkins are ready for the challenge. Hopkins said the one reason why they lost in the first round to Brookhaven was because they couldn’t control the pace of the game.

“I feel if we are able to slow the game down and be able to calm down, we’ll be okay because you can break a press easily if you calm down and make right decisions,” she said.

“Play at our pace,” Mitchell added.

Bauer’s main concern about-facing a full court press is the team’s stamina. It’s proven to be what separates them from other teams. PRC typically has no issues during a single quarter or two when facing a press but they eventually collapse. Pre-season has been prep for beating a full court press for the course of all four quarters. This will be a great opportunity for other roster players to earn court time because Bauer will be looking for additional ball handlers to sub in for Mitchell and Nia English.

“It’s not that we can’t handle the press, it’s that we need more than six players who can play to give our kids a breather because we’re just running out of gas,” said Bauer.

Being in better condition, staying healthy and practicing reps against the full court press is what the preseason and remainder of the season will be about. The Lady Blue Devils also aim to be successful at three-pointers. Hopkins bets this year’s team will shoot better than last year’s because all their shooters have returned. Mitchell will be expected to score more this season after averaging 14 points per game last season. This season Bauer is looking for her to average 20-ppg.

The Lady Blue Devils will open their 2022-23 basketball season on Tuesday Nov. 1 on the road against the George County Rebels at 6 p.m.