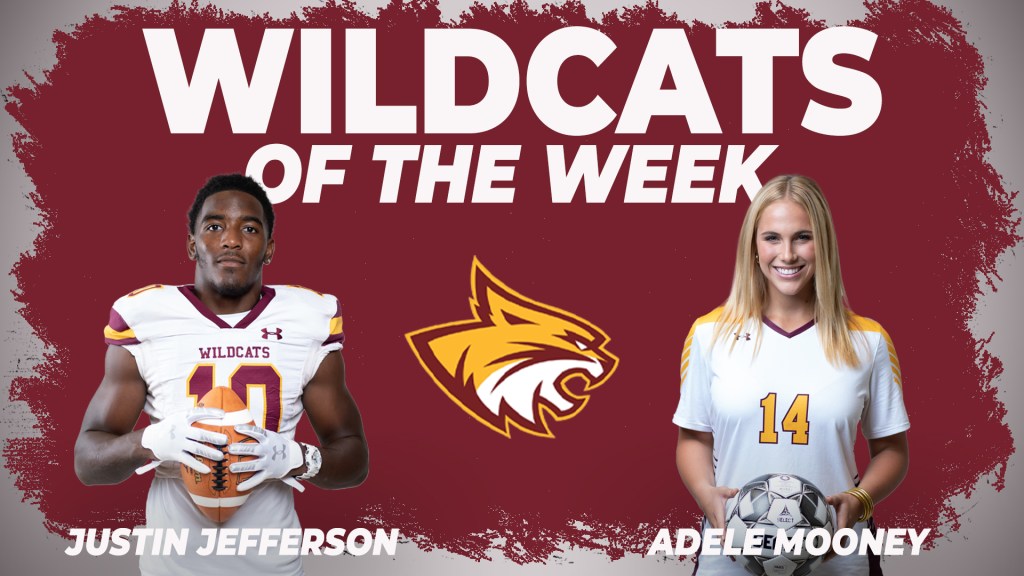 Jefferson was a big reason that Pearl River held rival and fifth-ranked Jones College to its lowest point total this season.

The sophomore linebacker was all over the field in the contest, making 14 total tackles and collecting one tackle-for-loss. Jefferson also batted two passes into the air that resulted in a pair of interceptions for the Wildcat defense.

The Alabama commit leads the team in tackles this season with 58. He also has eight TFLs, one sack, one interception and one fumble recovery this season.

Mooney earns the award after helping lead the No. 13 Pearl River women’s soccer team to a perfect 3-0 week with victories over Itawamba, Hinds and Oxford College of Emory.

The freshman striker picked up a pair of goals against Itawamba early in the week. The brace was the first of her Wildcat career. Against Hinds, Mooney got on the scoresheet once again. She capped off the incredible week by scoring once and assisting on another goal against Oxford College of Emory.

Women’s soccer returns to action Oct. 18 against rival Gulf Coast. The match is set to get underway at 5 p.m.