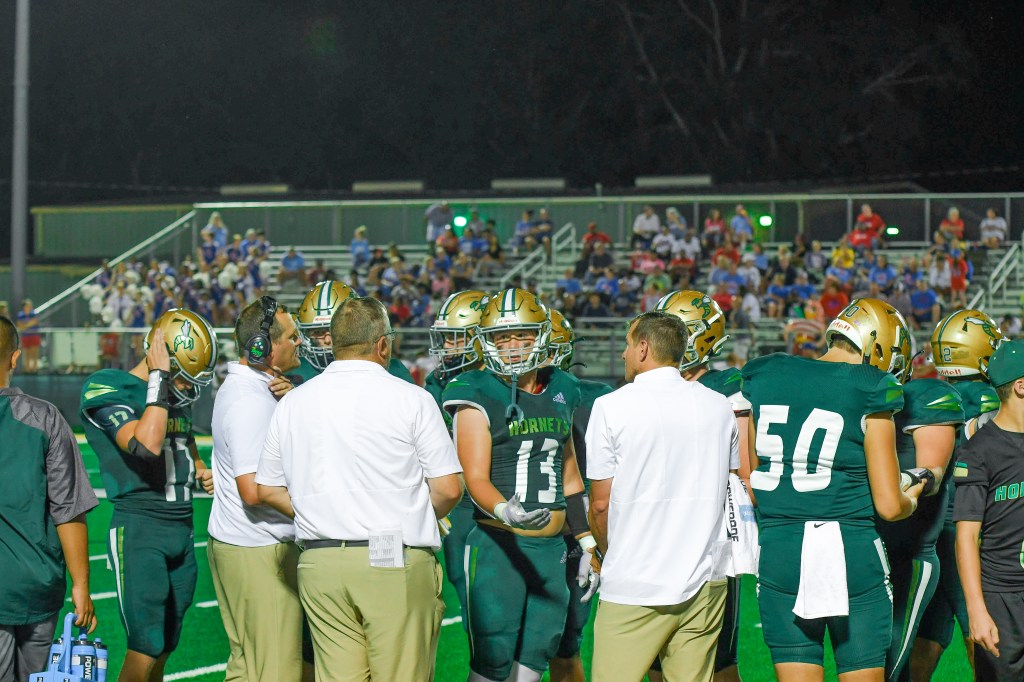 The Poplarville Hornets football team stole a 42-0 win in Purvis Tornadoes territory this past Friday, Sept. 30.

The win moves the Hornets’ season record to 5-1 and 1-0 in district.

The Hornets’ first touchdown came from an Avan Jarvis run for 13-yards.

The Hornets carried the ball against Purvis 26 times for a total of 327 rushing yards.

On the defensive end, Lawrence Jamison snagged his first interception of the season. William Harry and Nakiel Trotter both led the Hornets in tackles with 10 each. Eight of Trotter’s tackles were solo tackles. Aden Dedeaux also picked up his third sack of the season last Friday.

The Hornets’ win over Purvis was a solid victory and Head Coach Jay Beech was pleased with the win.

“We’re very pleased with our kids’ performances. [I] was very proud of their performance. They just played really physical like we asked them to. [They] tackled well, blocked well, ran the ball hard and played good on special teams. Just a very good performance,” said Beech.

Next, Poplarville will host the Lawrence County Cougars. They are 6-0 and coming off a 47-42 win over the Forrest County Agricultural Aggies. Kick off is set for Friday, Oct. 7 at 7 p.m.