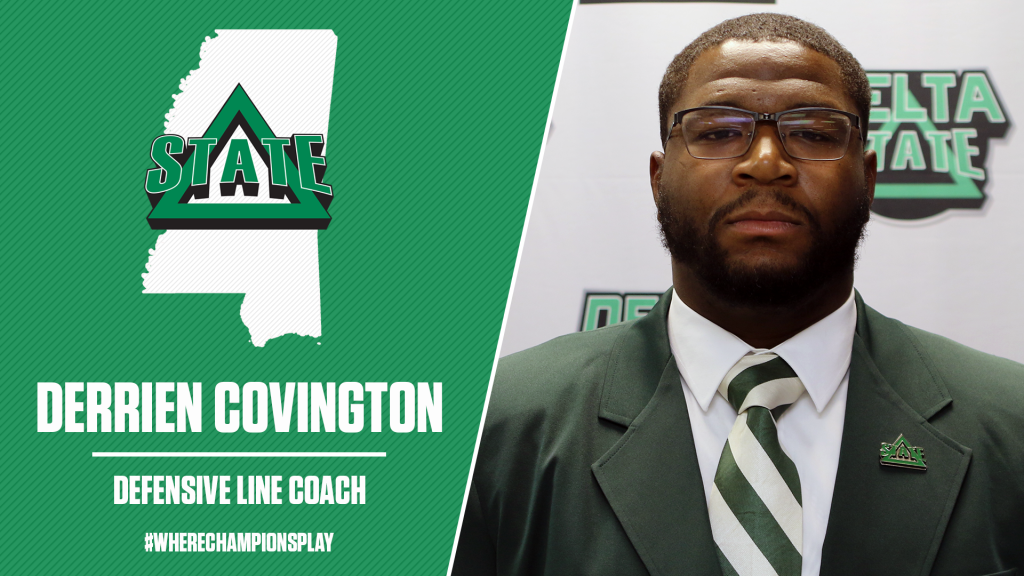 Covington joins the #DSUFamily after serving as the defensive coordinator at his alma mater, Pearl River Central High School, and brings with him a wealth of coaching experience.

Covington, who began his collegiate football playing career at Mississippi Valley State before transferring to Delta State, played 25 games for the Statesmen on the gridiron from 2011 to 2014. He was also a part of Delta State’s 2011 and 2014 Gulf South Conference championship-winning teams.