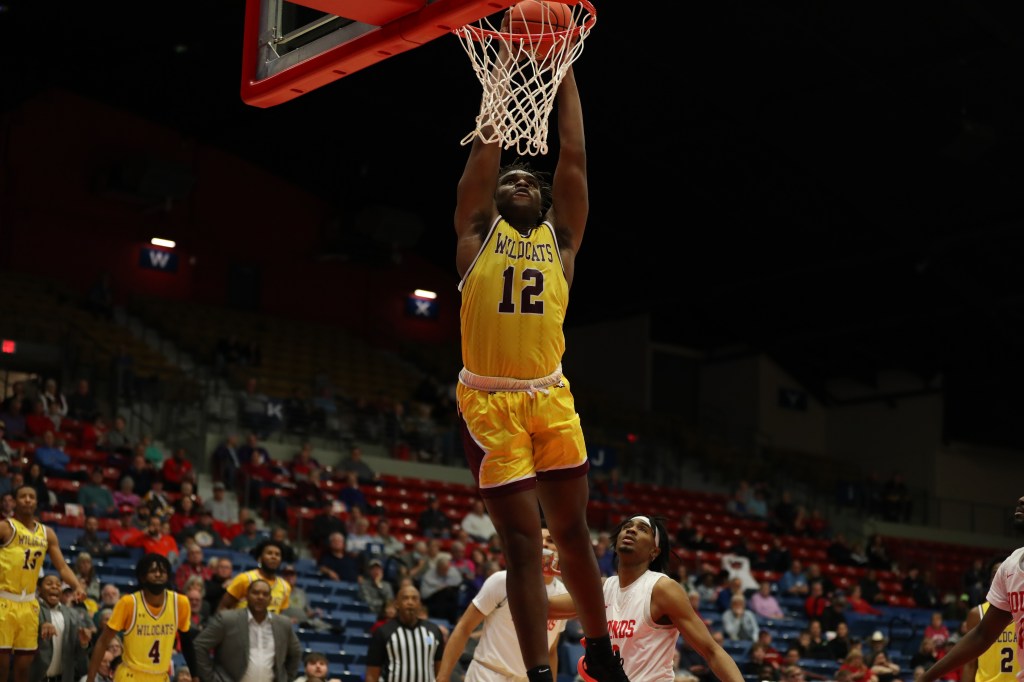 POPLARVILLE, Miss. — The No. 10 Pearl River basketball team continues to operate like a well-oiled machine under the direction of head coach Chris Oney. One season removed from a third Region 23 Championship in four years and a berth in the NJCAA Tournament, the Wildcats are ready to make a run to Hutchinson, Kansas again in 2022-23.

“I was very proud of the guys. I think last year, we won games in a way that we hadn’t done since I have been the coach here,” Oney said. “I don’t think that we had the most talent last year. We had to find ways to win games in different ways. That was a testament to our program, the culture we’ve built, and the guys that we had on the team. It was something that I was very proud to see.”

Before the 2021-22 season began, Pearl River was left out of the NJCAA preseason rankings, prompting the Wildcats to set out to remind people that they were still the team to beat. After marching through the MACCC and Region 23, the Wildcats did just that. Heading into the 2022-23 campaign, PRCC enters the season ranked 10th in the country.

“We were able to use being left out of the top-25 as motivation last season,” Oney said. “This year, we are ranked 10th in the country. I think everyone kind of got the message after last season. The motivations are totally different this year.

Brown returns to the Wildcats for a third season and has been a mainstay on the court for the Wildcats. After averaging 35.1 minutes per game as a freshman, he averaged 30.1 during his sophomore season. The guard was second on the team in scoring with 10.8 points while averaging 3.4 rebounds, 1.8 assists and one steal.

“I call him father time because he’s been here so long,” Oney said. “I don’t know how he does it but Cam just finds a way to score 12 points. We expect Cam to be a guy who will step up when we get to conference games and the new guys don’t have it. I think he’s up for it.

“He’s worked really hard and has been very efficient this preseason. He’s primed to have a big year.”

Brumfield returns to man the point guard position. After never playing the position in high school, Brumfield excelled in the role as a freshman. He tallied 5.7 points per game, 4.8 rebounds per game and 3.9 assists per game last season.

“Dylan is such a unique player because he can fill in at so many different areas,” Oney said. “Even when he’s at the point guard position, you look out there and he’s grabbing rebounds that our centers should get. He makes us better as a team. He’s understanding his new role. We want him to initiate more on the offensive end and to put more pressure on the defense.”

Williams will look to build on an impressive freshman campaign. The former four-star prospect averaged eight points and 3.2 rebounds a season ago.

“Carlous has dropped weight and is moving a lot better,” Oney said. “What we’ve done the most for Carlous is recruited really good players around him. He won’t have to score 30 points a game for us to be successful. If he can build on what he was doing at the end of the season last year, he will be great for us. He’s going to be one of the guys we lean on in pressure situations.”

In limited action last season, Turner averaged 2.7 points and two rebounds. The Pearl River coaching staff is pleased with the center’s development ahead of the 2022-23 campaign.

“Preston is a wonderful young man that gets the big picture as far as the concept of team goes,” Oney said. “Going into the first game of the season, he’s on the board as our starting center. It’s something I am proud of because when he first got here, he couldn’t run a drill. He’s worked his tail off, gotten stronger and gotten more athletic around the rim.

“It’ll be fun to watch him continue to develop.”

The 6-foot-10 Nurhussien averaged 5.4 points and 2.9 rebounds last season and looks to be a dynamic part of the Pearl River squad.

“Ayub is something that I don’t think we have seen in this league in a while,” Oney said. “He’s 6-foot-10 and can play on the perimeter like a guard. He can also post up and score around the basket. I’ve been the hardest on him because I see the potential that he has. I can see down the road where he has to step up and be the guy for us when our other players are locked in on.”

“Jakari came to us from an outstanding program in CSI,” Oney said. “He’ll probably be the most athletic player in the league. He’s fast, he can get to the basket, and he can shoot the ball really well.”

Hill comes to the Wildcats after being ranked a three-star prospect by 247 Sports as a senior. Oney expects Hill to be one of the best players in the MACCC.

“Jermahri is one of the most talented guys that we’ve had come in here in a while,” he said. “He’s a humble kid and he works hard. He loves playing basketball. Our fans are going to enjoy watching him play. He has to continue to develop and get ready for the things that are thrown at him. He has a lot of talent and a lot of people around the country have already been asking about him. We’re excited to see his impact.”

Pearl River opens the season Tuesday for a game against Southern University – Shreveport. Tipoff inside Marvin R. White Coliseum is set for 6 p.m.

“Everyone is ready,” Oney said. “They’re tired of me fussing at them every day. I think they’re ready to take it out on another team. With our new rules, our first game of the year is against a Region 23 opponent, which is a very important game. We have to be ready for what is coming.