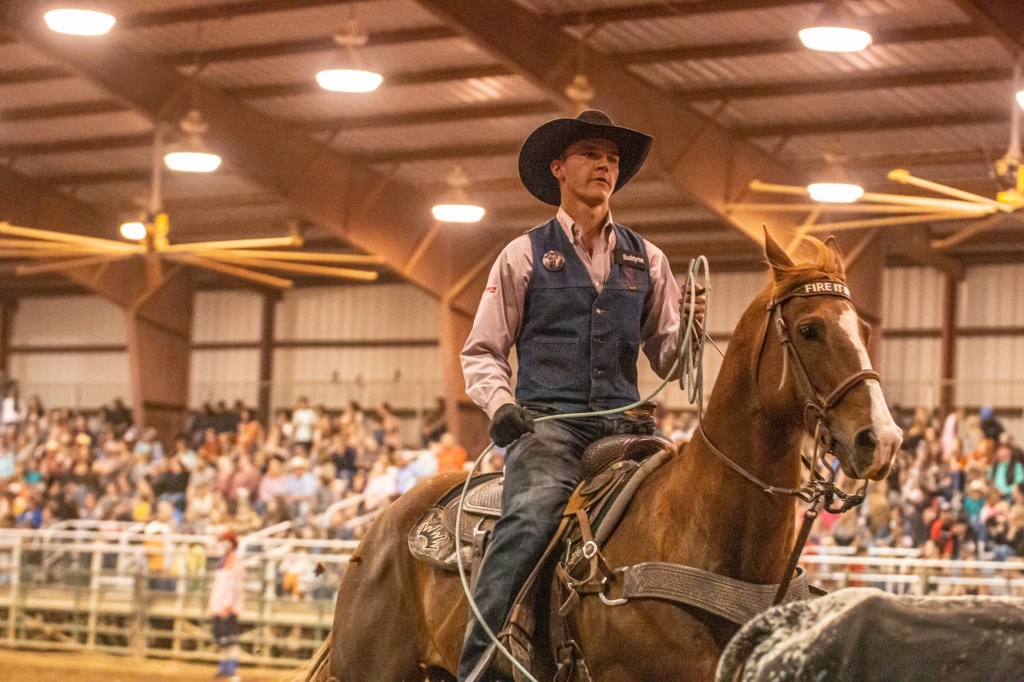 “The guys did really good, but we still had a couple of mistakes that would have pushed us a little closer to first,” head coach Frank Graves said. “Our team roping was really good this weekend, we had four teams make the short round. The guys have continued to perform well they’re going to be strong this year.”

“If we get to drawing a little bit better in goat tying, I think the girls can start to become really good. Both teams look like they will be near the top at the end of this year.”

“They’ve been waiting the last couple of years for Trent to be old enough to get into college so that they could rope together,” Graves said. “It’s been a lot of fun to watch them together this year. They’re going to be really good this year.”

Lane Westrope (Wesson; Wesson Attendance Center) took home third in bull riding. The placement was the first for Pearl River in the event this season.

Lauren Booty (Osyka; Amite County) was the lone placement on the women’s side of things, earning fourth place in breakaway roping. She had a first-round run of 3.2 and followed it up with a second-round run of 3.7.