Coppage-El named Bulldog of the Week 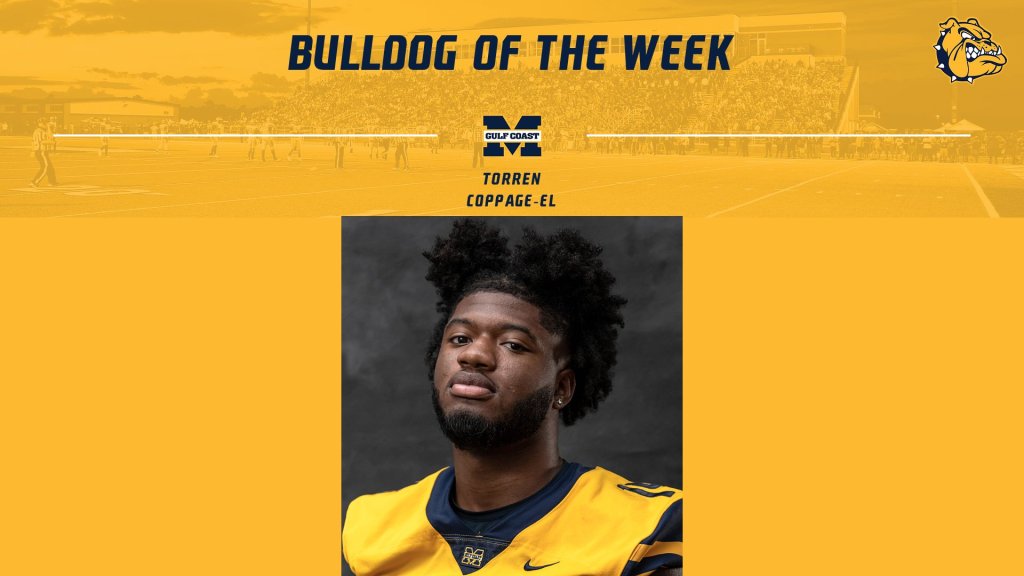 PERKINSTON — Torren Coppage-El has been named Bulldog of the Week for Oct. 10-16.

Coppage-El, a freshman defensive end from Stone Mountain, Ga., helped Gulf Coast hold East Central to 120 total yards in a 35-0 Homecoming win. He had 11 total tackles, two tackles for loss, a sack and a pass breakup to limit the Warriors to 16 passing yards.

Will Burnham, a freshman from Jackson, finished second at the Meridian Fall Invitational. He helped lead the Bulldogs to a runaway 39-shot victory and a sweep of fall MACCC events.

Jamari Thompson, a freshman running back from Pearl, averaged better than 10 yards a carry in his first 100-yard game in Gulf Coast’s 35-0 homecoming win over East Central. He ran 11 times for 116 yards and a touchdown.

Parker Stephens, a sophomore defender from Hattiesburg, scored Gulf Coast’s goal in a 2-1 loss at No. 1 Jones. It was the Bulldogs’ only match of the week.