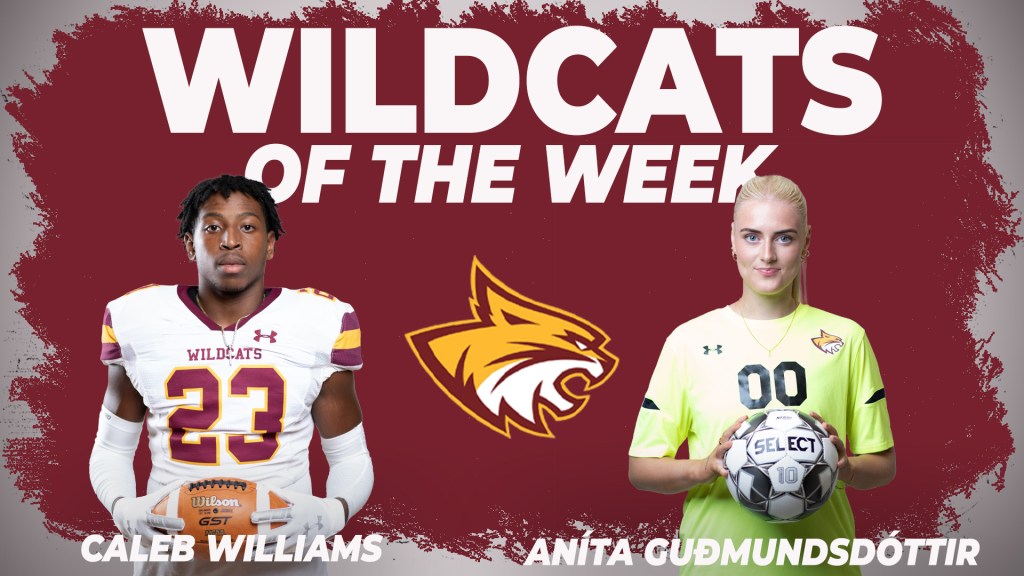 POPLARVILLE, Miss. — After a week of incredible play from Pearl River’s Caleb Williams (Biloxi; D’Iberville) and Aníta Guðmundsdóttir (Kópavogur, Iceland.; Flensborg), the two student-athletes have been named Wildcats of the Week.

Williams was an instrumental part of Pearl River football’s 31-21 road victory over Southwest.

The freshman defensive back was all over the field in the contest, making nine total tackles and intercepting a pair of passes.

Williams sealed the victory for the Wildcats with his second interception as he returned it 20 yards for a touchdown.

So far this season, Williams has tallied 34 tackles, two pass breakups and one TFL.

Guðmundsdóttir continues to impress for the No. 10 Pearl River women’s soccer team this season.

The sophomore picked up a pair of clean sheets in a 1-0 win against rival Gulf Coast and a 0-0 draw against No. 20 Copiah-Lincoln.

While playing 200 minutes between the posts, Guðmundsdóttir tallied seven saves.

It’s been a remarkable 2022 campaign for the sophomore as she currently has saved 74 shots and allowed just seven goals. Her 0.52 goals-against average is 12th in the NJCAA and her save percentage

Football returns to action Thursday for its regular-season finale against East Central. Sophomore Night is set for 6:30 p.m. and kickoff will be at 7 p.m.

Women’s soccer takes on Holmes Tuesday in its regular-season finale. The match is set for 7 p.m.