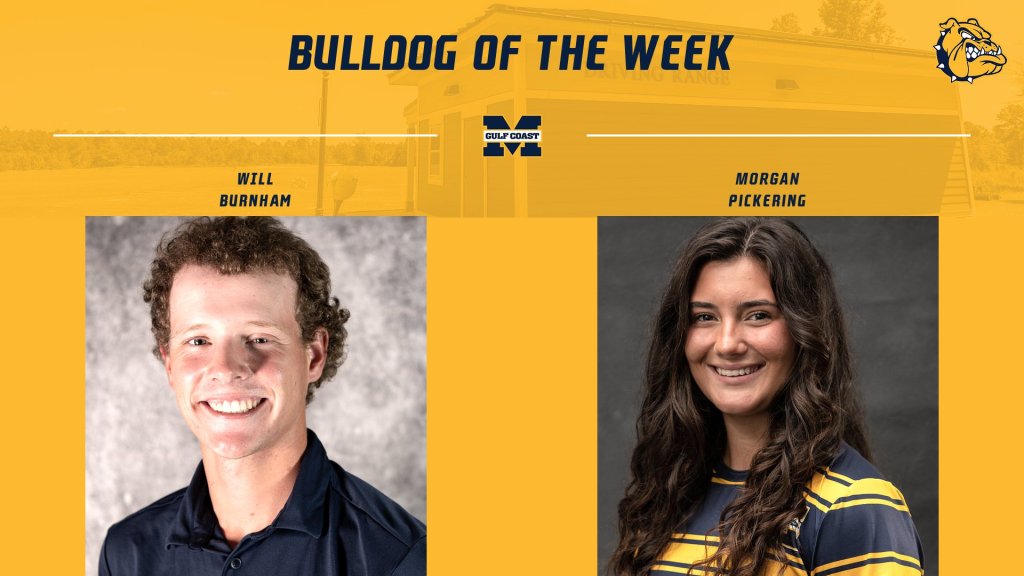 PERKINSTON — Will Burnham and Morgan Pickering have been named Bulldogs of the Week for Sept. 26-Oct. 2.

Burnham, a freshman from Jackson, won medalist at the Copiah-Lincoln Fall Invitational to lead No. 9 Gulf Coast to its second straight MACCC victory. He shot 1-under in Natchez, and the Bulldogs won by 18 shots.

Pickering, a freshman forward from Wiggins, had Gulf Coast’s lone goal in a 2-1 loss at Itawamba.

Cyrus Hartfield, a sophomore wide receiver from Hattiesburg, had four catches for 87 yards in Gulf Coast’s loss at Pearl River.

LaDareyen Craig, a freshman cornerback from Mobile, Ala., had 11 tackles and an interception against Pearl River.