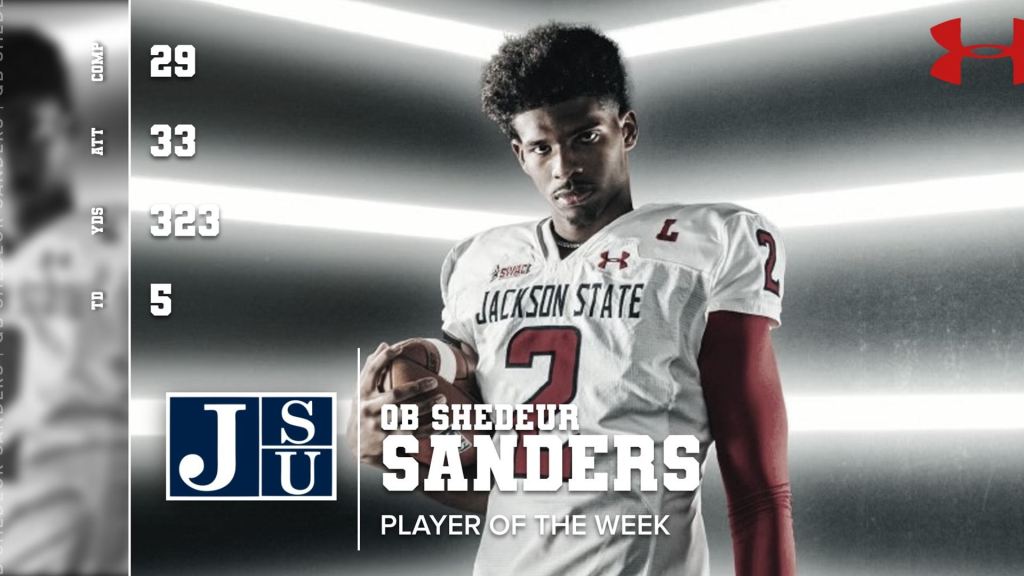 Sanders threw a career-high five touchdown passes with only four incompletions in passing for 323 yards in completing 29 of 33 attempts.

Sanders threw a pair of touchdown passes to Shane Hooks, and also completed scoring passes to Dallas Daniels, Rico Powers, and Hayden Hagler as the defending champion SWAC Champion Tigers were dominant in every facet.

Jackson State returns to action Saturday against Tennessee State in the Southern Heritage Classic in Memphis at 6 p.m.