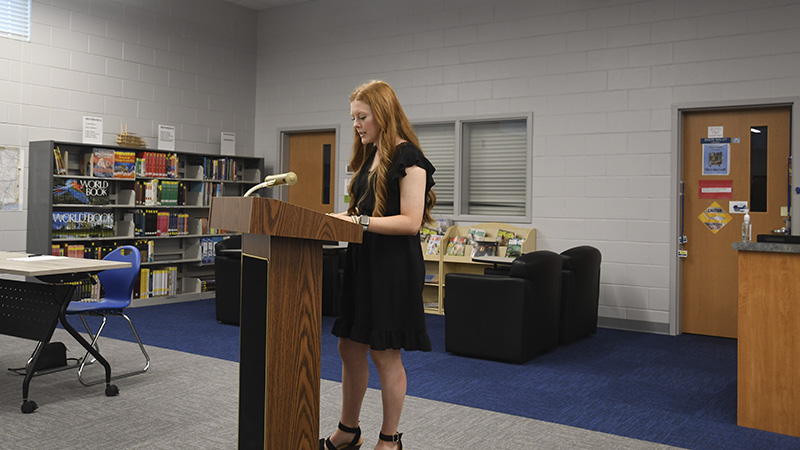 During Thursday’s regular meeting of the Pearl River County School District’s Board of Trustees, the Board discussed the baseball/softball improvement project and repairs needed to a gym’s air conditioning system.

There is currently no air conditioning at the Pear River Central Elementary school gym. The gym hosts the Lady Blue Devils’ home volleyball games as well as elementary physical education classes. Without a working HVAC system in the gym, temperatures climb fast, especially during midday PE classes and when there’s a packed crowd for volleyball games.

According to Pearl River Central School District Chief Operations Officer TJ Burleson’s research, a new HVAC system is estimated to cost $365,000, not including installation. After being informed of the situation, the Board took no action on the matter, but shared ideas to minimize the problem in the short term, such as finding a new location for home volleyball games for the time being. Another suggestion included shading the windows to block the sun’s impact on the interior of the gym.

In other business, the Board discussed bids received for improvements at the baseball and softball fields. The Board considered a contract from John C. Lee Enterprises Limited LLC, who turned in a bid of $919,814. In the project are plans to construct a concession stand, add infield turf, sprinklers, softball backstop and outside fencing. The estimated cost was over the district’s budget so School Board Member Eli Ouder suggested adjusting the project to focus on the softball locker room, softball batting cage, artificial turf on the baseball field, and delaying the installation of artificial turf on the softball field. According the Board, softball Head Coach Tony Labella said new turf isn’t a priority. The Board decided to table the matter until a special call meeting set for Sept. 8.

“If we don’t do anything we end up ruining the season,” said School Board President Jerry Frazier.

Also during the meeting, Interim Superintendent Dr. Stacey Boudoin told the Board that cafeteria staff has been working with a local chef to increase the quality of food offerings.

Tthe Board also recognized Karen Jean Boutwell from Pearl River Central Middle School for being awarded the 2022 Leo Seal Grant in the amount of $2,000.

In other business, the Board approved Ashley Graeter as the 2022-23 varsity assistant volleyball coach, Austin Lee was approved by the Board as 2022-23 paraprofessional boy/girls assistant soccer coach and the also hired a regular bus driver for the 2022-23 school year. The district was short 10 bus drivers, but is now short five regular drivers and two substitute drivers.