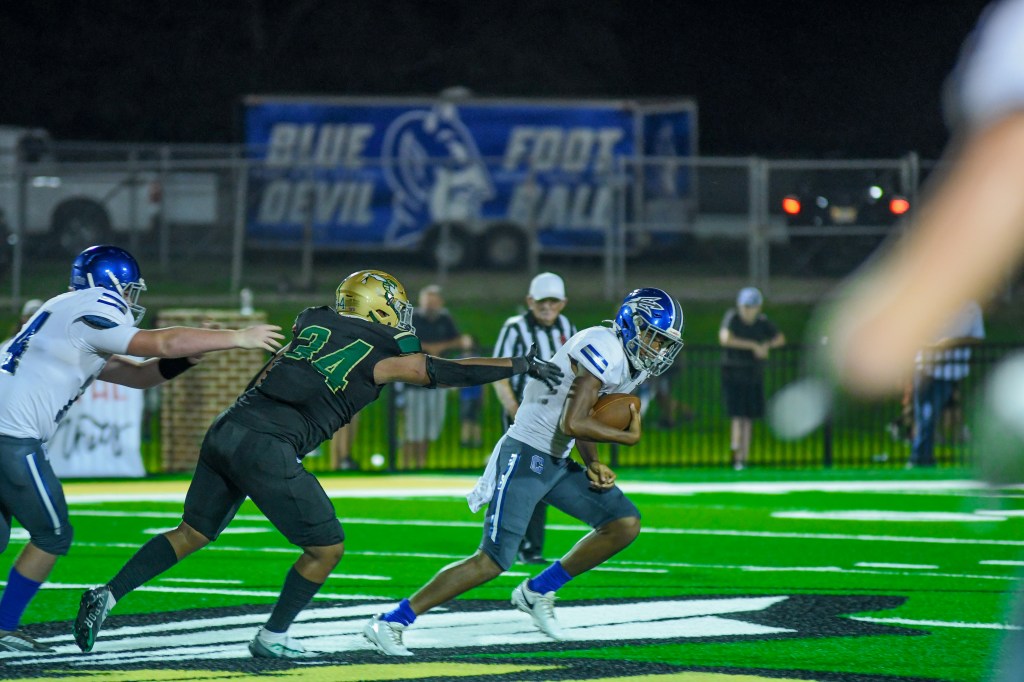 Poplarville had a blow out win against Terry while Pearl River Central suffered another loss, this time against Sumrall, on Friday night.

The Pearl River Central Blue Devils lost 20-7 on the road to the Sumrall Bobcats.

“Early on we let the nerves get the better of us and it took us a while to settle in, once we started playing we did a lot better,” said Head Coach Jacob Owen. “Our guys didn’t quit. We had to roll some guys both ways. We dealt with cramps, some (players) got hurt, we just couldn’t quite get to the finish line. But I thought the kids played hard, they never quit, they never gave up.”

Sumrall scored two early field goals and reached the end zone off two rushing drives. PRC scored on their first drive of the third quarter thanks to a BJ Bellelo goal-line rush. Defensively, Treyton Mitchell led the Blue Devils in tackles with 12 and Konnor Cazenave had two sacks.

The Poplarville Hornets scored two touchdowns in all three quarters then one touchdown in the fourth quarter to beat the Terry Bulldogs 48-6.

“We played a big and physical football team in Terry, I was looking forward to seeing how we fared against a team like that. We’re physical ourselves, we played real hard, we ended up wearing them down and put a lot of points on the board,” said Head Coach Jay Beech.