Picayune slips up against Purvis 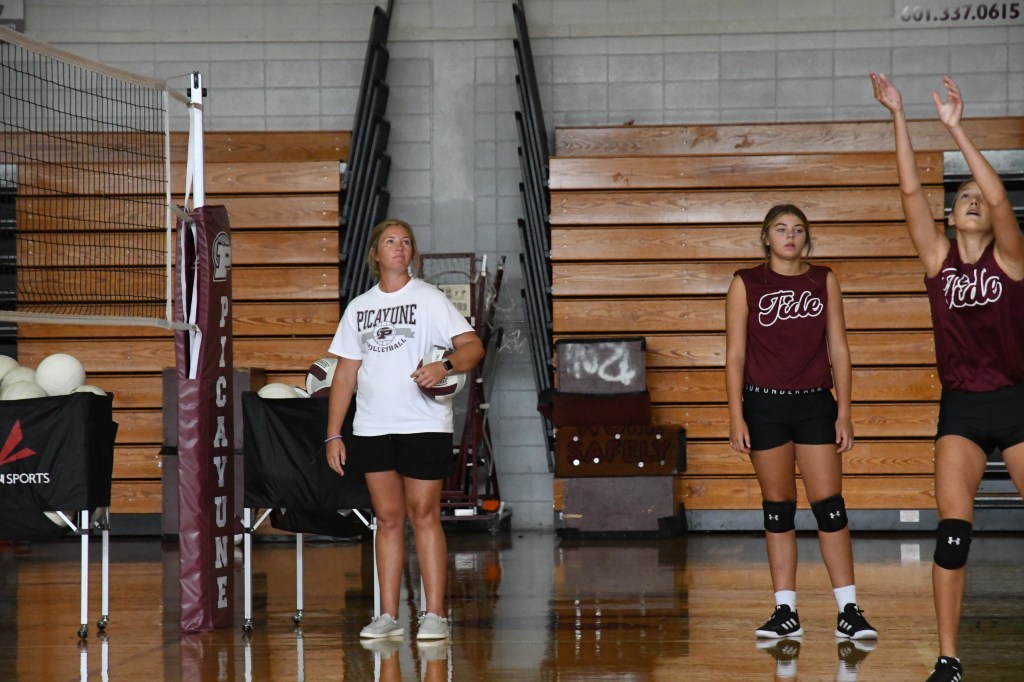 The Picayune Lady Maroon Tide volleyball team fell to 4-12 on the season after losing to the Purvis Tornadoes Monday night. Picayune lost 3-1, winning only set two.

Picayune had a lot of blocks during the first set. Reese Sorrells had a strong offensive night and she and Kaigyn Kulus worked well together, said Head Coach Courtney Dickens.

The Lady Maroon Tide team hasn’t been restrained to a single digit score all season. Dickens said she believes her team lost because the players got complacent and lost their hunger to win.

“I think they just got satisfied with winning a set… I feel like they settled,” said Dickens. “We’re just not hungry enough for a win.”

Picayune led the entire second set but trailed in every other set. They only trailed 5-0 in the third set but Dickens said they shut down. Shut downs have affected their standings. Picayune is on a five-game losing streak and is currently in fourth place in district. Dickens has noticed a trend in the team. Every set they’ve won, they’ve maintained an early lead. But when they trail it’s been an uphill battle to gain the lead to win.

“Whenever we win is when whenever we’re up. But it seems when we get down, there’s no fight, no battle and they are the ones that need to figure it out.” said Dickens.

Urgency and communication is an issue for Lady Maroon Tide this season and Dickens says it’s a coach’s job to bring out the best in their players. But through all the punishment and holding players accountable during practice, but it’s the players who have to get the job done come game time. Dickens doesn’t have an immediate solution to solving the Lady Maroon Tide’s lack of urgency but it’s being addressed. Communication has been hit or miss for the Lady Maroon Tide every game so far this season. Dickens is looking for consistency when it comes to communication because it potentially could of erased several errors during the game against Purvis.

“I told them last night, it doesn’t matter how much we yell at them, at the end of the day it’s going to be up to them, they’re going to have to be the ones who want to change this program around, but sometimes it is like pulling teeth… and it does get frustrating” said Dickens.