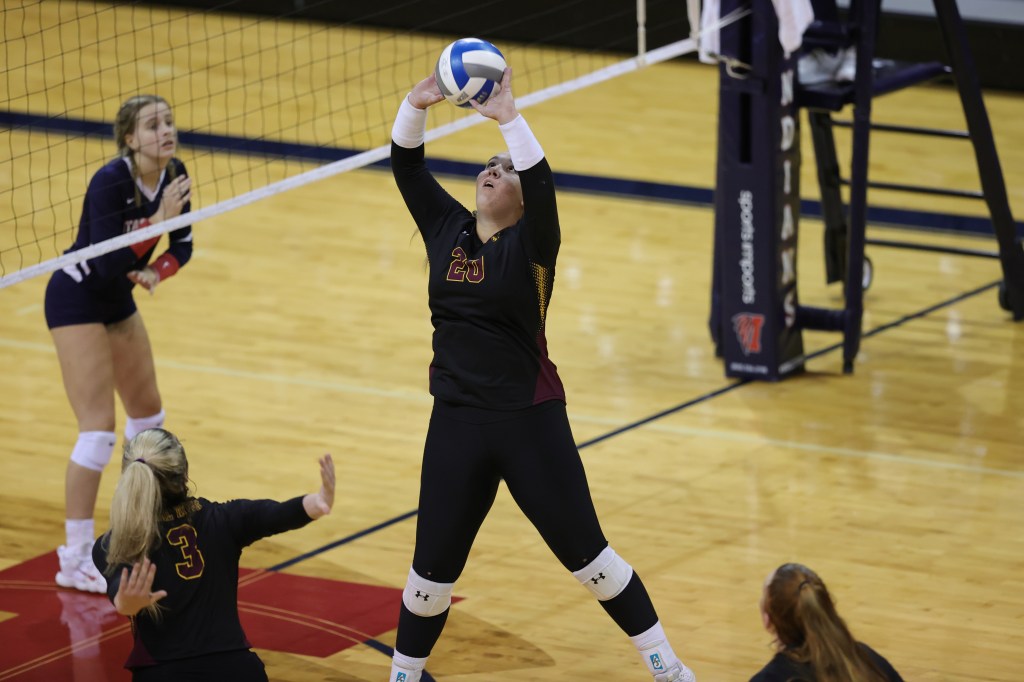 COLUMBUS, Miss. — The Pearl River volleyball team completed the sweep of the Owl Invitational Sunday, defeating Rust College in its final match of the tournament. Despite losing the first set, the Wildcats dominated the next three to take the match 3-1 (21-25, 25-20, 25-3, 25-11).

After that, the teams began trading scores with the Bearcats holding on to a slim advantage.

The Wildcats tried to rally back late but were unable to complete the comeback, falling in set one 25-21.

The Wildcats got on the board first once again in the second set this time via a 4-0 run that included a big combination block by Sammie Smith (Biloxi; D’Iberville) and Jasmine Burdine (Biloxi) as well as a Natalie Bartholomew (Brandon) kill and a Julianah Overstreet (Vancleave) ace. After a quick Bearcat response cut the deficit to 4-2, Pearl River went on another run opening things up 9-3.

RC immediately responded with a run of its own to bring things to within two at 9-6.

The Wildcats put an end to the run courtesy of an Anna Claire Sheffield (Canton; Jackson Academy) block, which in turn sparked another run for Pearl River. During the run, Jolee Gibson (Brandon) served for the Wildcats and picked up three consecutive service aces as the lead stretched out to 13-6.

Shortly thereafter, PRCC extended the lead to 20-11, but the Bearcats responded in a resounding fashion by going on their largest run of the day and subsequently cutting the deficit to 22-19.

The Wildcats were able to put an end to the rally and win the set 25-20.

Pearl River exploded out the gate to start set three on a 7-0 run that included three Bartholomew kills and two Overstreet aces.

After a quick RC response, The Wildcats went on their largest run of the season behind the exceptional serving of Bartholomew. The run encompassed 13 total points for the Wildcats with a kill from Burdine, two more kills for Bartholomew as well as four aces.

With Pearl River leading 21-1, the Bearcats were never able to find momentum falling in set three 25-3.

The Wildcats opened set four on a 3-0 run that included a thundering kill by Smith.

RC responded quickly but Burdine put a halt to the rally with a booming kill.

The Bearcats again responded shortly after to half the deficit 4-2. Pearl River seized momentum and used it to propel themselves to a 9-2 lead with Smith adding three straight aces during the run.

The Wildcats never looked back from there and won the set and match 25-11.

Pearl River will head to Pensacola on Thursday to play in the Pensacola State College Tournament. The Wildcats’ match against the Pirates is set to get underway at 5 p.m. and will be livestreamed at PirateNetwork.live.