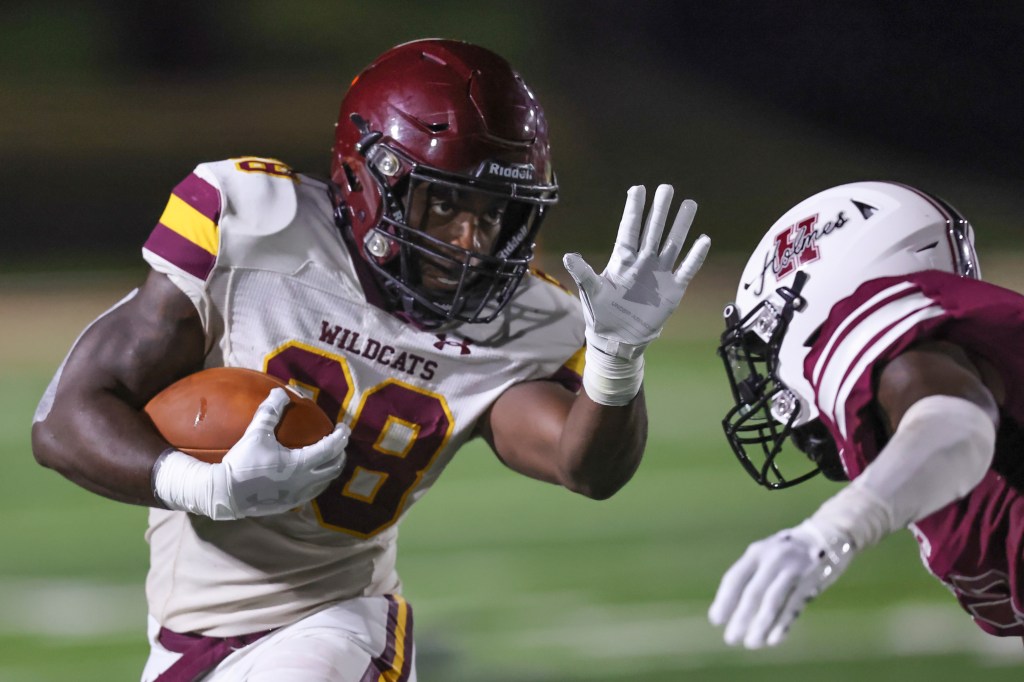 POPLARVILLE, Miss. — The Pearl River football team is set to hit the road for the first time in the 2022 campaign Thursday night as it travels to Northeast for a 6:30 p.m. kickoff against the Tigers. The Wildcats (1-0 overall) turned in a dominant season-opening victory a week ago, easing past MACCC North Division foe Holmes 49-24.

“I’m just super proud of them and happy for them,” Pearl River coach Seth Smith said. “I’m proud of the way they played and the way they executed. I’m happy that they were able to experience that. They have worked extremely hard from January to now and I think that helped us have the success that we had last Thursday. There are still a ton of things that we can work on and get better at but for a first game it was clean from an execution standpoint.”

The Wildcat offense was incredible a week ago as they finished with over 500 total yards in the contest.

“You have to give a ton of credit to coach (David) Chatham, coach (Walker) Mosby and coach (A.J.) Davis,” Smith said. “Those guys have put in so much work with their players and their position groups. You were really able to see the work that they put in. Our offensive line dominated the game. Our pass protection and our run game were fantastic.”

Quarterback Lawson Pratt (Tuscaloosa, Ala.; American Christian Academy) had a remarkable Pearl River debut, finishing the game 18-for-27 with 159 yards and two touchdowns. On the ground, Pratt collected 22 yards and three touchdowns.

“I’d like to think that the reason he was so calm in those pressure situations was because he has been put in those positions so many times since January,” Smith said. “It’s almost second nature to him. We have two excellent quarterbacks with Manny (Armstrong) as well. We decided to go with Lawson and I thought you were able to see that he did a great job. He’s got great poise and he’s a great kid. His leadership ability was on display last Thursday.”

PRCC was led by a pair of 100-yard games on the ground. Qavonte Swanigan (Foxworth; West Marion) carried the ball just eight times but racked up 127 yards. Nick Milsap (Raleigh; Oak Grove) finished with an even 100 yards on 14 carries. He got into the endzone once.

Defensively, Justin Jefferson (Memphis, Tenn.; Bartlett) was all over the field. The Alabama commit finished with eight tackles, 0.5 TFLs and one interception. Playing in his first game since early in 2021, Bryan Whitehead II (Bartlett, Tenn.) impressed, finishing with six tackles and one TFL.

“From Bryan, we saw what we knew he was since he got here,” Smith said. “As great of a football player that he is, he’s equally as good of a human being. He’s as fine a young man as I’ve ever coached in my career. He plays hard and he has a great attitude. He’ll get a division one scholarship. His talent was on display Thursday. It was rewarding to see him back on the field last week.”

Northeast is fresh off an upset of then No. 8 Hinds. The Tigers forced four turnovers on the way to a 20-3 victory.

“When you press play on the film you can see on both the defensive and offensive side of the ball that they’re fundamentally sound, well-coached and they play hard,” Smith said. “Northeast beat Hinds who played for a state championship last year, so they’re really good. They are big up front and defensively they do a great job of flying around.”

Starting quarterback Carter Putt finished the game 16-for-31 for 124 yards and a touchdown.

Defensive back Steven Edwards had a 71-yard pick-six in the game.

Smith highlighted the play of freshman offensive lineman Andrew Lee (Picayune; Pearl River Central) throughout the offseason and the early part of the 2022 campaign.

“Andrew is a great football player,” he said. “We signed him back in February but didn’t release a lot of information on him because he was hurt at the time. I wanted to put a spotlight on him and let everyone know how proud of him we are. He’s come in healthy and has played extremely hard. We’re glad he’s a Wildcat and he’s going to have a great future here.