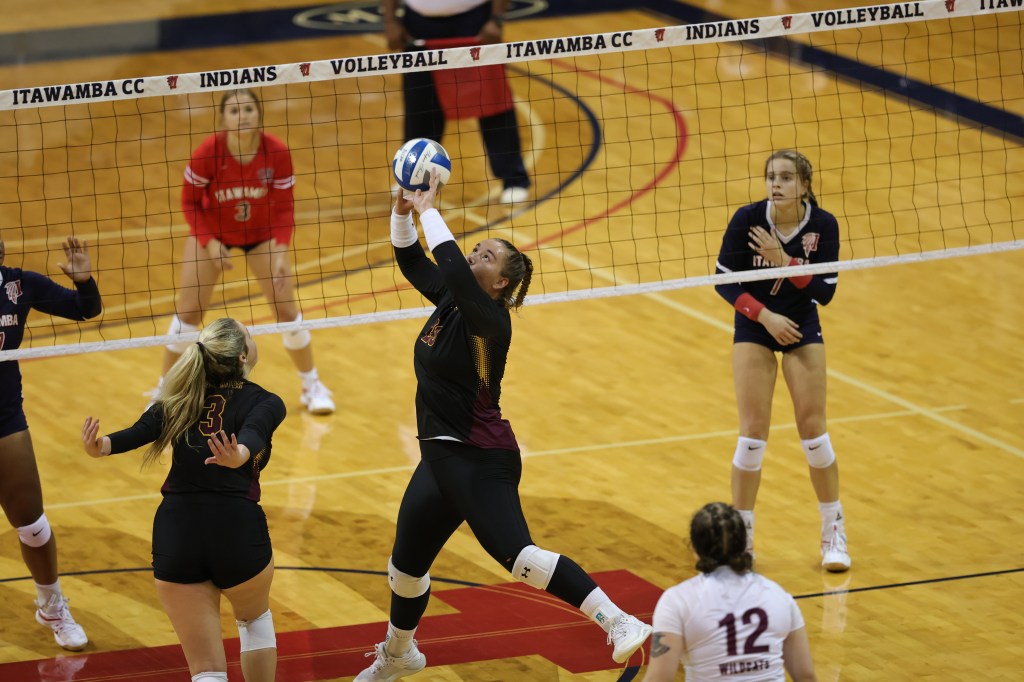 FULTON, Miss. — The Pearl River volleyball team took to the road again Tuesday for a rivalry matchup against MACCC foe Itawamba. The Wildcats hit the ground running and completed the sweep, 3-0 (25-17, 25-16, 25-20).

“These girls have worked tirelessly on growth, and we are starting to see it pay off,” coach Haley Chatham said. “They are proving time and time again they can handle the hard stuff and have put themselves on the right track. I love every single member of this group. They are all great players and have been willing to learn and work things out; I expect them to continue to get better and better.”

Pearl River (14-8 overall) opened the scoring in set one, grabbing five of the first eight points.

The Indians (11-8) were able to bring the deficit down to 6-5, but Pearl River quickly regained momentum through a Julianah Overstreet (Vancleave) kill.

The Wildcats extended the lead 12-6 through a service run by Allison Carpenter (Ocean Springs) that included an ace.

The Wildcats continued to pile on the points, but the Indians did not let that faze them and proceeded to battle their way back to within three at 18-15.

Pearl River held off the late rally and took set one 25-17.

After a quick ICC response, Addie McNeely (Brandon; Hartfield Academy) got momentum back for the Wildcats through a booming kill to set the score at 5-1.

The Indians battled back to a 10-4 deficit, but Pearl River again responded quickly through three straight kills by Overstreet and Natalie Bartholomew (Brandon) to extend the lead 13-4.

The Wildcats never looked back, running away with the set 25-16.

The two teams traded blows to start set three and found themselves tied 3-3.

McNeely and Bartholomew put the Wildcats on top 5-3 with back-to-back kills.

After a quick exchange of scores, the Wildcats seized momentum through three more kills by Bartholomew, McNeely, and Abbie Franks (Ocean Springs), giving them a 9-5 lead.

The Wildcats began to slowly pull away and held off yet another late ICC rally to complete the sweep 25-20.

The Wildcats return to action Saturday on the road against Louisiana College. The match is set to get underway at 6 p.m. and will be livestreamed at LCWildcats.net.