Pearl River battles to sweep day one of Owl Invitational 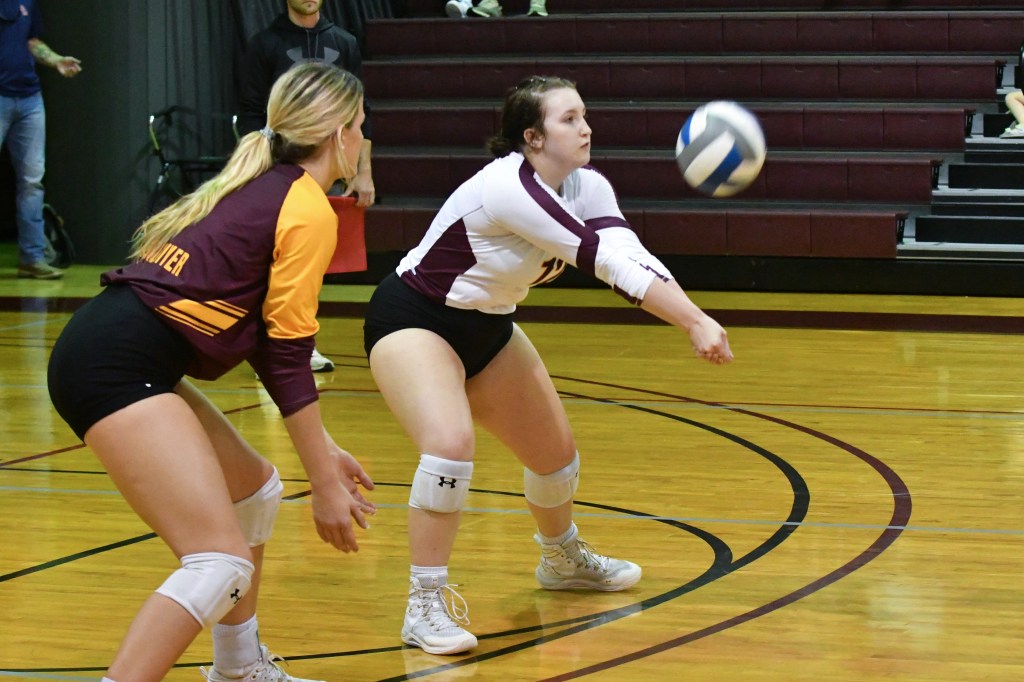 “I am so overcome with joy for these kids and for what they did today. Being swept by a team, turning around to play them three days later, starting two sets in the hole, then march on to victory in straight sets is nearly unheard of,” coach Haley Chatham said. “I’ve known they could do it and now that they know they can do it which will help tremendously the next time we find ourselves in a tough spot.”

Set one saw Pearl River (6-6 overall) and Itawamba (8-1) trade blows throughout. Despite a late Wildcat rally, ICC went on to take the first set 26-24.

The Indians opened set two on a massive run, taking an early 6-2 lead. Pearl River ended the run, but ICC continued to exert itself, scoring three more points to increase the lead to 9-3.

The Indians took advantage of the early momentum and coasted to a 25-14 set two victory.

Pearl River started set three with its back against the wall but did not flinch. Julianah Overstreet (Vancleave) stepped to serve with the Wildcats trailing 2-1 and proceeded to record a service ace to tie things at 2-2. After a quick ICC response, Addie McNeely (Brandon; Hartfield Academy) gave the Wildcats the lead with back-to-back booming kills.

The Indians reclaimed the lead 8-5, but Abbie Franks (Ocean Springs) answered for Pearl River with a block and a kill to cut the deficit 8-7.

The teams traded blows, eventually working themselves to a 12-12 deadlock. The Wildcats then found some momentum through a huge run, opening up a 20-13 lead in the process.

ICC was not fazed and managed to slice into the deficit 22-16. Pearl River managed to hold off the late rally to claim set three 25-20.

The Wildcats capitalized on the momentum they found in set three and rode it into set four by taking an early 4-1 lead.  ICC grabbed the next two points, but Natalie Bartholomew (Brandon) halted the small run with a booming kill.

The teams then began to exchange scores with Pearl River holding onto the slim advantage at 12-8. Sammie Smith(Biloxi; D’Iberville) provided the spark the Wildcats needed by registering two massive kills and a service ace during the run to push the advantage up to 17-9.

From there, it was all Pearl River as they coasted to a 25-16 set four victory to force a winner-take-all set five.

The Indians started on the front foot in set five by taking a quick 5-2 lead. The Wildcats did not let that deter them and proceeded to go on a run of their own to tie things 6-6.

It was all Pearl River in set one as it opened up an early 14-4 lead.

After a quick Owl response, Smith sparked the Wildcats yet again registering two kills in quick succession to cap off a big run that increased the lead to 19-5.

MUW answered shortly after, but Lillie Franks (Ocean Springs) cut any thought of a rally short with a thundering kill. Pearl River did not look back, claiming set one 25-9.

The Owls refused to let the first set get to them and responded by grabbing a quick 3-0 lead in set two.

Pearl River responded with another big run that included a Lillie Franks ace and a Sara McKinney (Delaware, Okla; Oklahoma Union) kill to give the Wildcats a 7-3 lead.

From there, the teams traded blows with the Owls able to secure a little momentum only trailing by two at 20-18. The Wildcats were able to hold off another late MUW rally to claim set two 27-25.

Set three saw the Wildcats take control early on and the Owls were unable to find any momentum as Pearl River claimed the set and sweep 25-19.

Smith was a force for Pearl River, registering 11 kills on the day. She also had a block and two aces.

McNeely provided the offense in big spots, finishing with six kills and a block.

“Addie came up big for us today on the right side with kills and blocks. She is such a dedicated player, and that same dedication is paying off,” Chatham said.

Abbie Franks was a huge factor for the Wildcats and finished the day with five kills, a block, and an ace.

“Abbie Franks came in and held the middle down beautifully, allowing Sammie to move outside,” Chatham said.

Chatham praised the play of sophomore Libero Allison Carpenter and how she’s transitioned to the role well.

“We made an adjustment with our Libero, Allison Carpenter, by putting her in a spot where she was able to turn the game around for us.”

The Wildcats wrap up the Owl Invitational Sunday against Rust College. The match is set to get underway at 9 a.m.