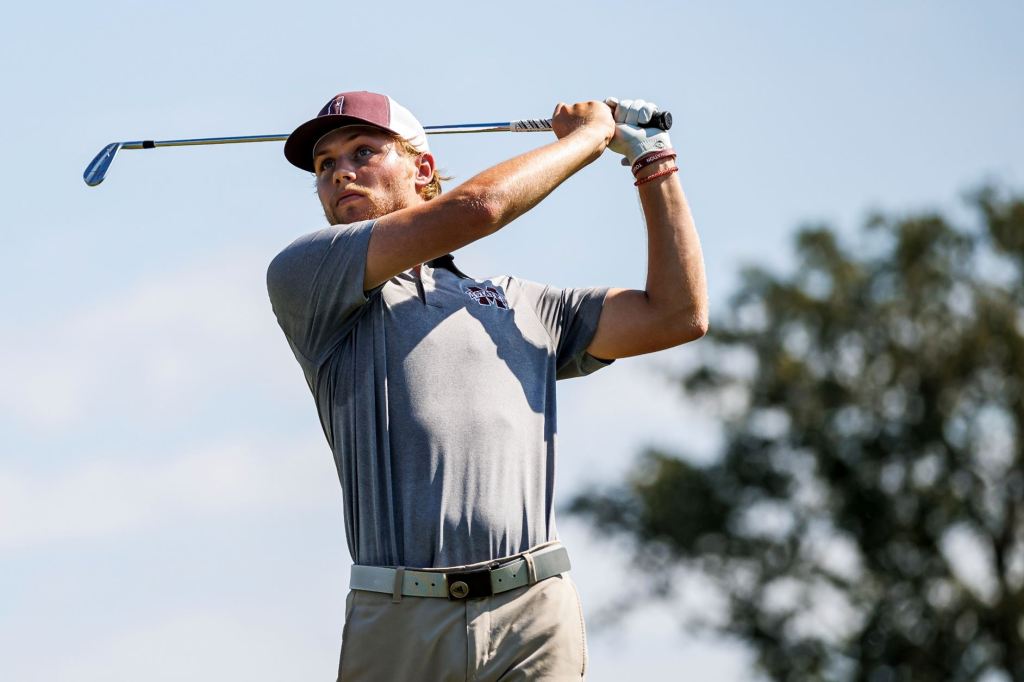 ST. SIMONS ISLAND, Ga. – After a 36-hole day at the Frederica Golf Club, Mississippi State sits in fifth place going into the final round. Three Bulldogs finished the day in the top 20, each shooting at least five birdies or better in the second round.

“I thought we competed well today,” head coach Dusty Smith said. “I was proud of all six guys for staying locked in throughout the day. We need to come out tomorrow with the excitement to compete to our standard. It was nice seeing the guys take advantage of some favorable scoring conditions today.”

Ford Clegg led the way for the Bulldogs, shooting 12-under through both rounds. Clegg shot at least seven birdies or better in each round, including an eagle he shot on the fourth hole in the second round. He is tied for fifth going into the third round.

Alongside Endicott, Hunter Logan also sits in the four-way tie for 18th. He shot five birdies in each round. Harrison Davis also shot five birdies through his second round of play and is currently tied for 24th.

The Bulldogs will begin the third round of the Frederica Cup at 7:24 a.m. on Sept. 8th. Each player will start on the No. 10 tee.