Odum named Bulldog of the Week 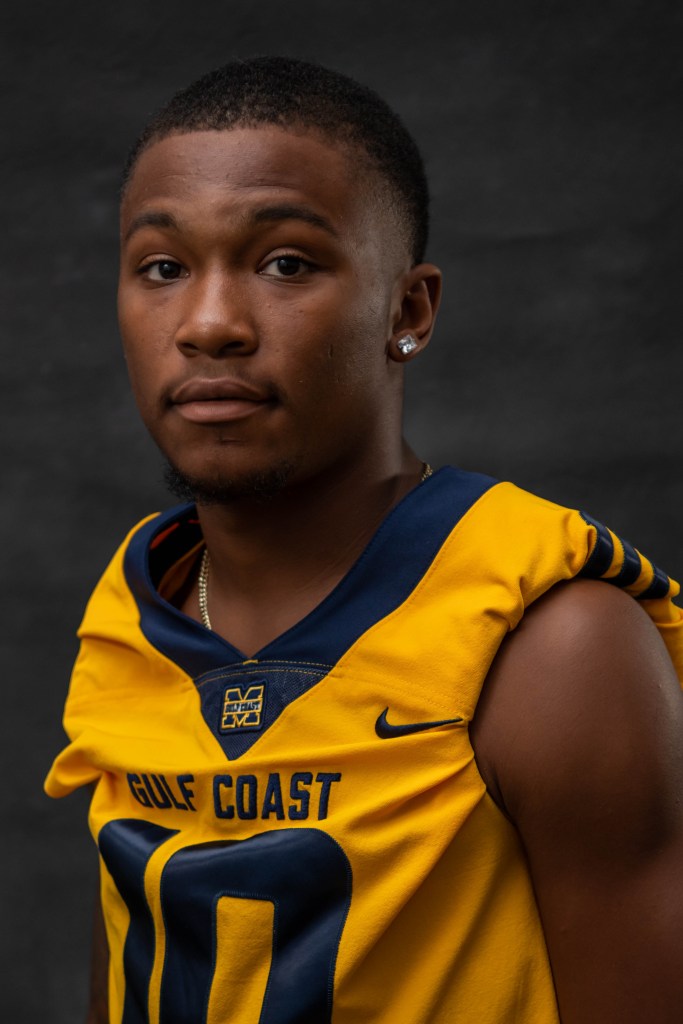 PERKINSTON — Keymari Odum has been named Bulldog of the Week for Aug. 29-Sept. 4.

Odum, a sophomore wide receiver from Haines City, Fla., had seven catches for an even 100 yards in Gulf Coast’s season-opening 28-24 loss at No. 4 Northwest Mississippi. He also had a 9-yard touchdown reception.

Torran Coppage-El, a freshman defensive end from Stone Mountain, Ga., had a sack and two tackles for loss for Gulf Coast in a 28-24 loss at No. 4 Northwest Mississippi. He finished with six total tackles.