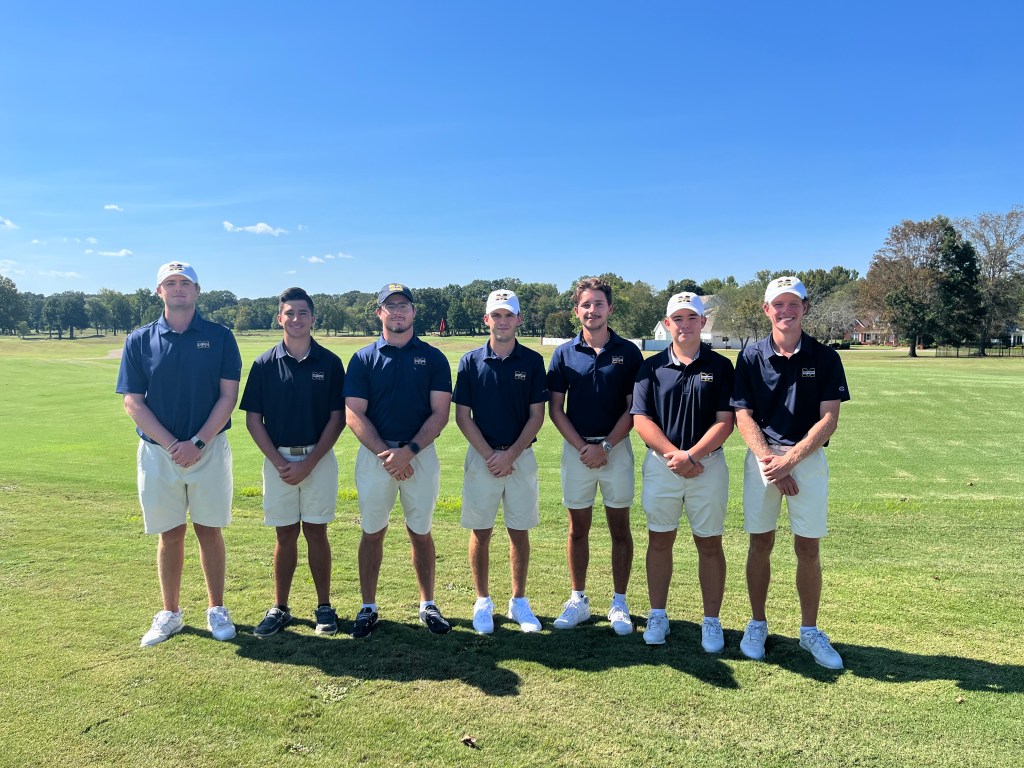 No. 7 Mississippi Gulf Coast edged out their biggest conference rivals, No. 5 Meridian, to win the first MACCC event of the 2022-23 season on Tuesday in Corinth.

“It was definitely an exciting trip down the back nine,” Gulf Coast coach Brad Thornton said. “It went back and forth consistently, and I’m just excited to be on the right side of things.”

The Bulldogs shot 4-under at Shiloh Ridge Golf Club to erase a two-stroke deficit after Monday’s opening round. They placed three golfers on the All-Tournament Team, led by Chase Kaiser (So., Natchez/Cathedral) and Andrew Zielinski (Fr., Ocean Springs/Ocean Springs), who tied for second at 2-under. Will Burnham (Fr., Jackson/Jackson Prep) joined them a shot back tied for fourth.

Meridian’s Wesley Pippins won medalist by shooting 5-under 67 today, edging Kaiser and Zielinski by one.

“We just started out much better today,” Thornton said. “We got off to a really hot start on the front nine, and we just grinded it out. It was a gritty performance by the guys down the stretch. We’ve got plenty to work on to improve, but I’m happy to be improving with a win under our belt.”

After hitting the ball well on the way to a 68 in the first round, Kaiser shot 2-over in the second round. He battled down the stretch and Thornton said he got everything out of his round he could.

Steady Zielinski fired 69 to move up seven spots on the leaderboard.

“He’s very good for us because he’s a consistent, level-headed player for us all the way through,” Thornton said. “He had some putts fall for him today. He was able to close things out with his career-low tournament round.”

Burnham shot even-par Tuesday, and Alessio Graziani (So., Johannesburg, South Africa/Beaulieu College) rebounded from a subpar first round to shoot 69 and tie for ninth. He passed 16 golfers Tuesday.

“We made some mistakes and know what we have to go work on, but I’m very proud of how they handled themselves,” Thornton said. “It’s a very mature bunch, and there was a lot of good decision-making on the golf course. Having the confidence coming down the stretch was huge. I don’t think they ever panicked.”

Gulf Coast will play the second MACCC event on Sept. 29-30 in Natchez. The Copiah-Lincoln Fall Invitational will be played at Beau Pre’ Country Club.