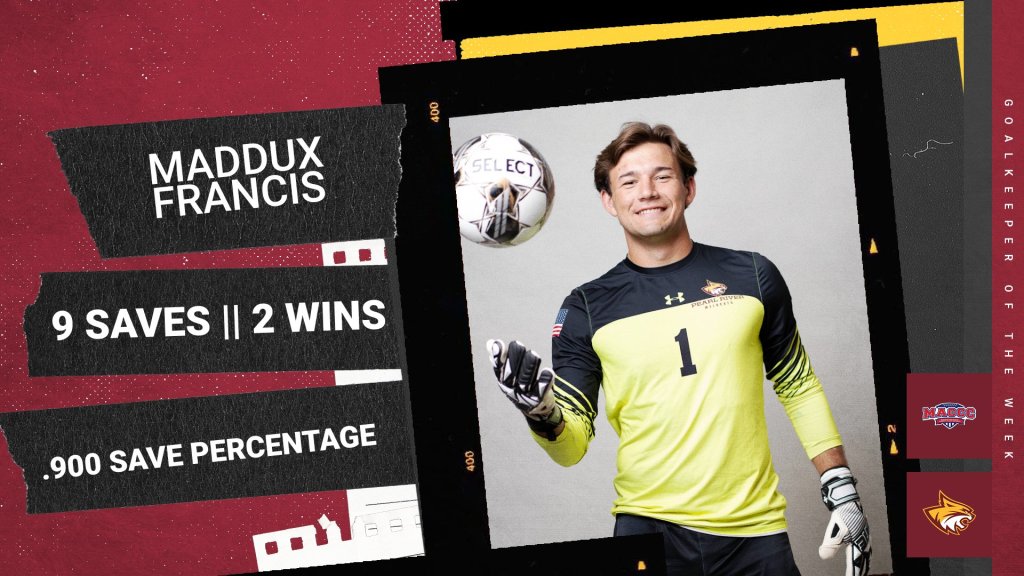 POPLARVILLE, Miss. — For the second time this season, No. 6 Pearl River’s Maddux Francis (Poplarville) has been named the Mississippi Association of Community Colleges Conference Goalkeeper of the Week.

The sophomore joins teammate Christopher Dommer (Copenhagen, Denmark) on the weekly awards list. Dommer was named the conference’s Player of the Week.

Francis takes home the award after yet another solid week in goal for the Wildcats.

In a 6-2 victory over Hinds, Francis played 75 minutes, turning away two shots and allowing no goals to earn the win. Francis turned away seven shots and allowed just one goal in the Wildcats’ 4-1 victory over Meridian. He finished the week with a .900 save percentage.

Francis was an NJCAA All-American in his freshman season and is off to another great start as a sophomore. He has tallied 20 saves and four goals against this season.

Pearl River takes on archrival Jones College Tuesday at 7 p.m. before traveling to Northwest Friday for a 3 p.m. matchup with the Rangers.