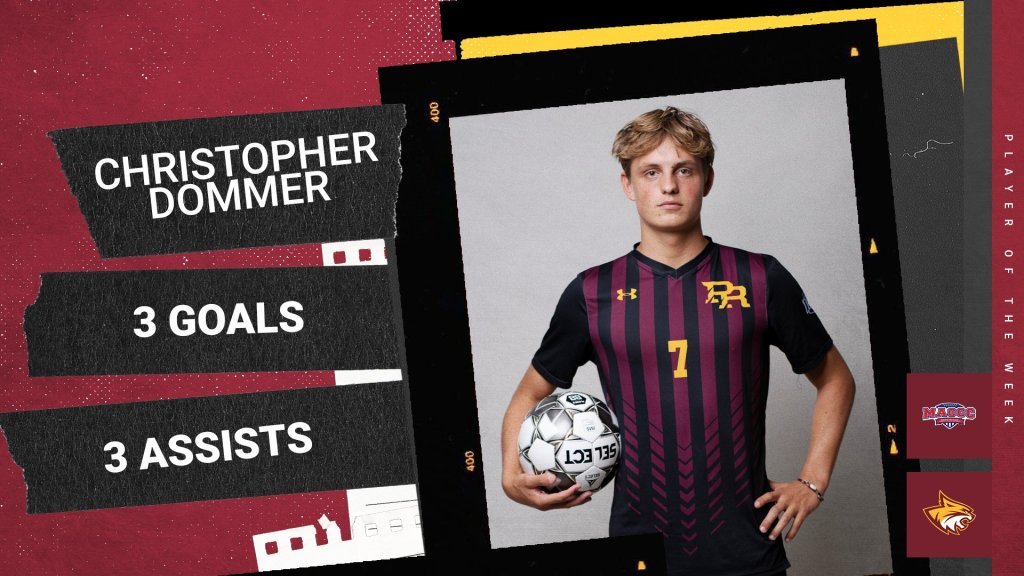 POPLARVILLE, Miss. — After a dominant week on the pitch for the No. 6 Pearl River men’s soccer team, Christopher Dommer (Copenhagen, Denmark) has been named the Mississippi Association of Community Colleges Conference Player of the Week.

The Wildcats swept the weekly awards as Maddux Francis (Poplarville) was named MACCC Goalkeeper of the Week.

The attacking midfielder claims the award after dishing it out and scoring with ease in victories against Hinds and Meridian.

In PRCC’s 6-2 win against Hinds, Dommer scored a goal and assisted on two more. Three days later, the freshman chipped in two goals and an assist in a 4-1 win over Meridian in the MACCC opener.

Pearl River takes on archrival Jones College Tuesday at 7 p.m. before traveling to Northwest Friday for a 3 p.m. matchup with the Rangers.