No. 6 Pearl River has setback against No. 5 Jones College 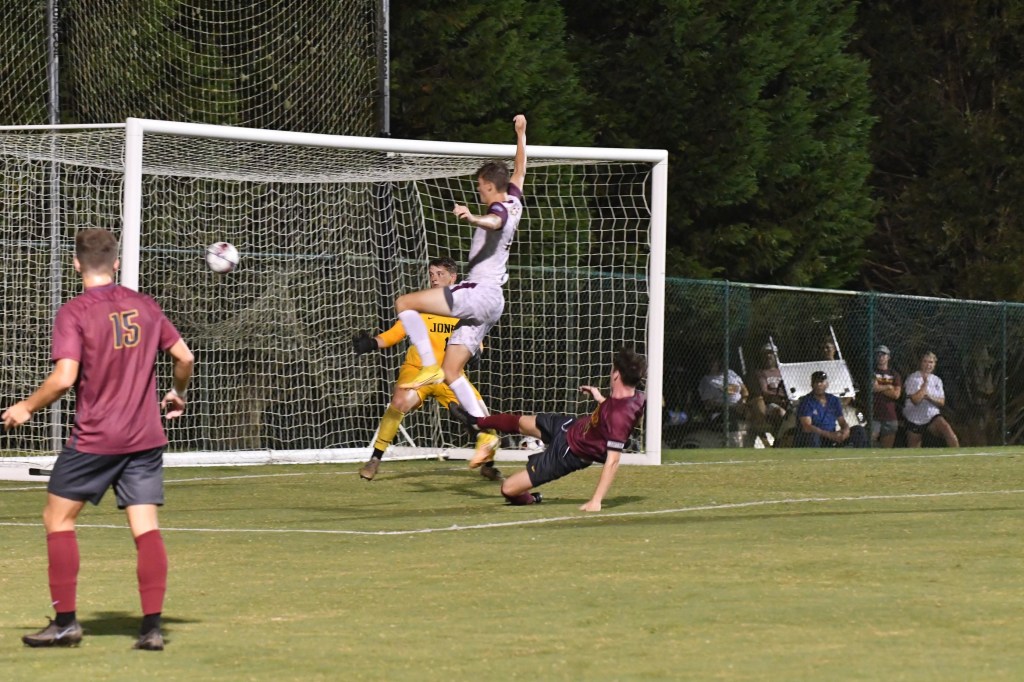 Alex Emery (Gulfport; West Harrison) flies in and pokes home a cross in Tuesday's 6-2 loss against No. 5 Jones College.

POPLARVILLE, Miss. — The No. 6 Pearl River men’s soccer team had a setback Tuesday, falling to archrival No. 5 Jones College 6-2.

JC added in another goal just three minutes later in the 14th. A ball played into the box was headed down by a Wildcat midfielder. The ball bounced off the foot of another Wildcat and Jones corralled it before sliding it into the net. The goal made it a 2-0 game.

Jones College capitalized on a penalty kick in the 18th minute to score its third goal of the contest.

The Wildcats got on the board for the first time in the 35th minute. Ivo Jimenez (Gulfport) moved up the left side of the pitch and crossed a ball into the box. Alex Emery (Gulfport; West Harrison) sprinted into the box and caught the ball on the bounce to knock it into the back of the net and cut the deficit to 3-1.

The Bobcats added another goal in the 29th minute as they dribbled around the Pearl River defense before sliding a ball into the net.

The Wildcats got on the board for the final time in the 73rd minute. A ball chipped into the box was chested down by Luke Hopkins (Clinton). The freshman center forward grabbed possession and slid the ball into the net for a goal. It made the score 6-2.

Pearl River travels to Senatobia Friday to take on Northwest. The matchup is set to get underway at 3 p.m. and will be livestreamed at NWCCRangers.com/watch.