No. 21 Bulldogs Prepare for First Conference Road Trip of Season 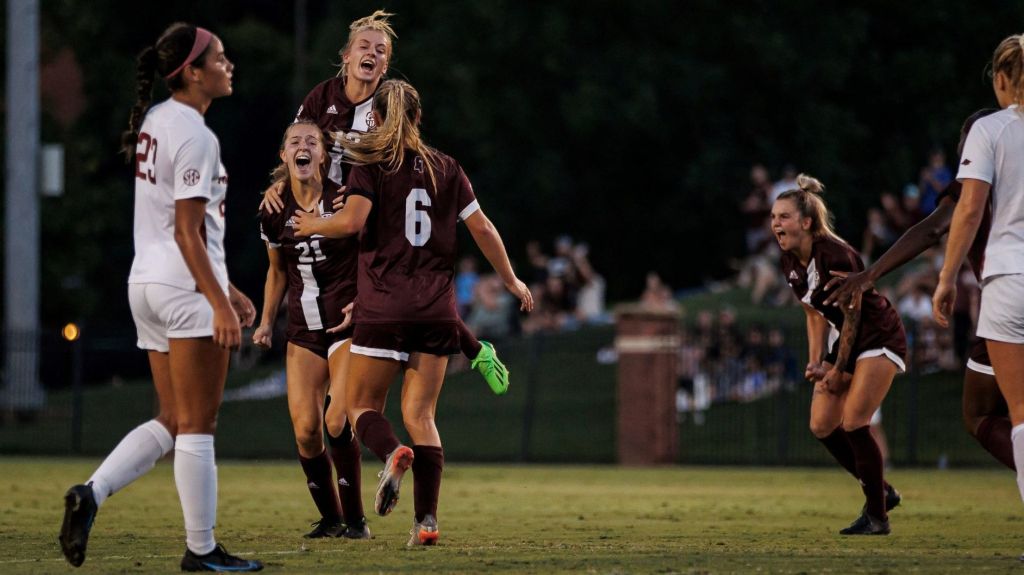 COLLEGE STATION, Texas – The unbeaten Mississippi State soccer program makes its first conference road trip of the season Thursday night when it travels to Aggieland for a battle at Texas A&M (5-2-2). The SEC road opener will kick off at 7 p.m. CT on SECN+. The Dawgs enter the match ranked No. 21 by Top Drawer Soccer.

“We are looking forward to playing in a really tough environment against an excellent Texas A&M team,” head coach James Armstrong said. “It’s going to be a different type of game than Friday night [against Arkansas]. We’re going to have to have the same work ethic that we put in against Arkansas and be much cleaner on both sides of the ball to play the game we want to play.”

MSU gears up for its first conference road match of the season. Dating back to last season, State has posted a 3-1-0 record in its last four outings versus an SEC team. In 2021, MSU earned its first-ever win over the Aggies in come-from-behind fashion, in Starkville.

Texas A&M, meanwhile, enters the match having dropped a 3-2 battle to Georgia in its SEC opener. Both teams entered the half tied at two goals apiece before Georgia found the ultimate game-winner in the 68th minute. Despite the loss, the Aggies led in shots, shots on goal and corner kicks.

LAST TIME OUT – BREAKING DOWN THE BOX SCORE

W, 2-0 vs. No. 14 Arkansas
The Dawgs opened conference play by upsetting, and blanking, the Razorbacks by a score of 2-0. Freshman standout Maggie Wadsworth netted both goals and goalkeeper Maddy Anderson broke the MSU career shutouts record (13). Both of MSU’s SEC Freshman of the Week recipients synced up for the game-winning goal as Alivia Buxton recorded her second assist. Grad transfer Jojo Ngongo logged the second assist.

After going unbeaten in non-conference and upsetting the top-15 Razorbacks, the Bulldogs find themselves ranked No. 21 in Top Drawer Soccer’s Week 6 rankings. It’s the first time since 2018 MSU has been ranked.

Anderson’s veteran leadership (seven shutouts) in the back and Wadsworth’s electric spark up top (six goals) have highlighted State’s second-best start in program history. The goalkeeper leads the conference in goals-against average (0.222) and shutouts (seven). Wadsworth, meanwhile, leads the team in goals (6), points (14), shots on goal (13) and game-winning goals (4). The Flowery Branch, Georgia, native’s four game-winning goals leads the conference and is the third-most nationally. The freshman’s four game-winners are also the second-most in a single MSU season and needs to net just one more to tie the program record.

14 of MSU’s 16 goals this season have been scored by an underclassman. The 16 goals scored by State is already higher than six former MSU squads finished their season with. In 2021, only one underclassman found the back of the net. This season, not only do the young pups lead in goals, but eight of the team’s 15 total assists have been registered by either a freshman or sophomore.