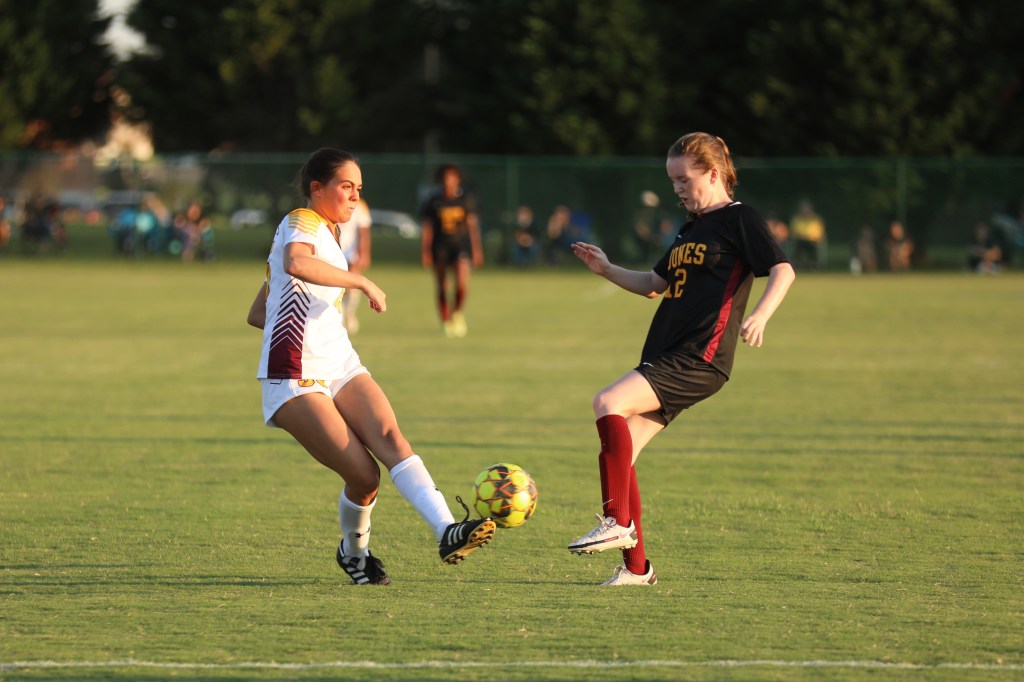 MERIDIAN, Miss. — The No. 17 Pearl River women’s soccer team traveled to Meridian Friday for a neutral site match against Gordon State. The Wildcats were off and running from the start, scoring four first-half goals en route to a 6-1 victory.

“I think we came out really strong in the first half by cashing in on most of our early chances,” Pearl River coach Henrik Madsen said. “That was a quality opponent, but the girls kept up the pressure and never looked back.”

Pearl River (4-0 overall) hit the ground running, bagging a goal in the 11th minute as Emma Godfrey (Pascagoula; Resurrection Catholic) played the ball into the middle that found Jess Harrison (Gulfport; St. Patrick). The striker proceeded to blast the ball into the back of the net for the early lead.

The Wildcats kept up the pressure and were able to find the back of the net again in the 25th minute. Alexis Cochran (Hurley; East Central) found Lucy Conway (Portsmouth, England) who rocketed the ball past the keeper to increase the lead 2-0.

Cochran again turned provider in the 36th minute, finding Harrison open in the middle who then slotted it home to bag her brace and give the Wildcats a 3-0 lead late into the half.

Harrison picked up an assist with less than two minutes to go in the half after her cross found its way to the feet of Adele Mooney (Lafayette, La.; Ascension Episcopal) who scored her second goal in as many games. The goal made the lead 4-0 at the end of the half.

Conway got the Wildcats going early in the second half after she found herself on the end of a Harrison pass and cannoned the ball past the diving keeper to make it 5-0.

GSC was able to get on the board late through a free kick to cut the deficit to 5-1.

Pearl River went on the attack with time winding down in the second half and Harrison took advantage of it by scorching the ball past the keeper as time expired to record a hat trick courtesy of a majestic cross from Ally Davis (Hattiesburg).

Harrison was a threat every time the Wildcats came forward, scoring three goals and picking up two assists.

“It’s always a good day at the office when you score a hat trick, but what a game from Jess,” Madsen said. “She was very direct today and was able to place herself into some nice spots.”

Conway finished with two goals of her own as she continues her fine form to start the year.

“It’s very nice to have a pairing of sophomores up top that can not only draw attention but also score goals consistently like Lucy and Jess,” Madsen said.

Cochran was a force for Pearl River in her holding midfield spot and added two assists on the day as well.

“Man she was really good today playing holding mid and had arguably her best game of the season,” Madsen said. “She made some really great passes, especially on her first assist.

The Wildcats will return home Sept. 13 to take on Hinds. The match is set to get underway at 5 p.m.