No. 16 Pearl River knocks off Meridian in conference opener 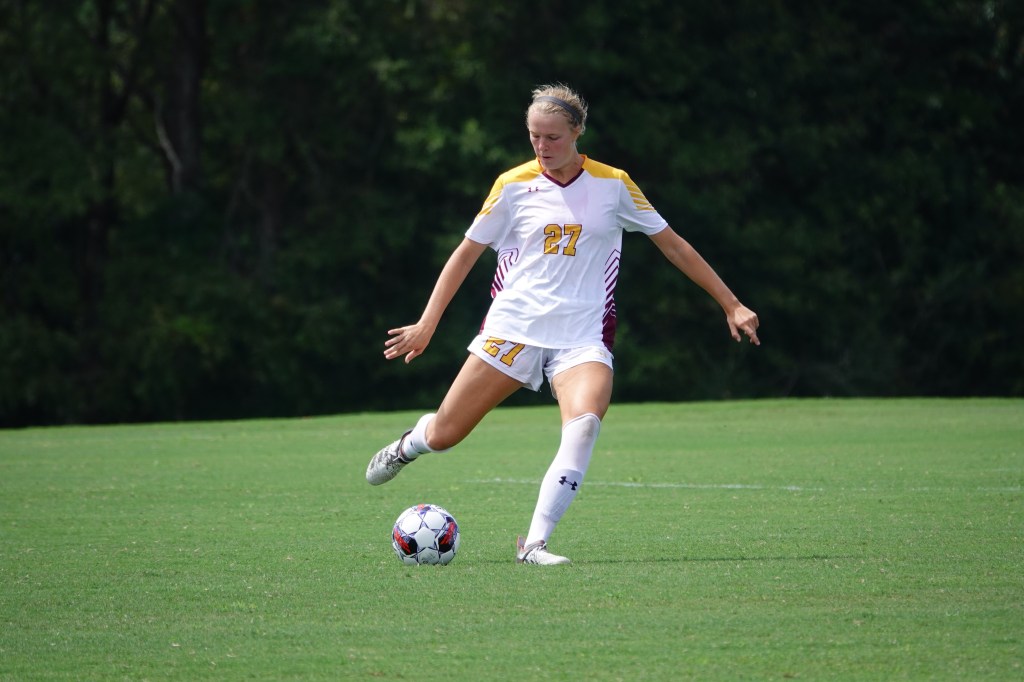 POPLARVILLE, Miss. — The No. 16 Pearl River women’s soccer team used a trio of goals to take down Meridian in its first MACCC contest of the year. The victory moves the Wildcats to 6-0 on the young season.

“It’s always good to get conference play started with a win,” head coach Henrik Madsen said. “I think we left a lot of chances unfinished. We stayed patient and continued to get after it and added in another goal late. It was a good team effort today.”

Ally Davis (Hattiesburg) got the Wildcats (6-0 overall; 1-0 MACCC) on the board in the 21st minute of the evening. After making her way down the pitch, the Pearl River forward’s shot attempt was saved by the Meridian (1-3; 0-1) goalkeeper. The ball bounced back out and as Davis tried to corral the ball, the MCC defender kicked off Davis’ foot and into the net for the 1-0 lead.

Pearl River doubled its advantage in the 40th minute. Jenny Satcher (Hattiesburg) booted a ball into the box on a free kick. Meridian tried to clear the ball but hit one of its defenders in the process. After the deflection, Lauren Bennett (Long Beach) was there to punch it into the net and give the Wildcats a 2-0 lead.

PRCC was unable to find the back of the net anymore in the final five minutes of the half, going into the midway point with a 2-0 lead.

The Wildcats were able to control the tempo in the second half as they really began to slow things down and tick time off the clock.

It wasn’t until the 83rd minute when PRCC struck again, thanks to Bailey Smith (Gulfport) and Jess Harrison (Gulfport; St. Patrick). Smith had moved up the field from her outside back position. She saw Harrison making a run toward the goal and slotted a pass into the box. Harrison cut in front of her defender and the MCC goalkeeper to grab possession of the ball, leaving her wide open for the easy tap-in goal.

Pearl River returns to the pitch Tuesday as Jones College comes to town for the annual “Cat Fight”. The match is set to get underway at 5 p.m.