No. 16 Pearl River crushes Hinds to improve to 5-0 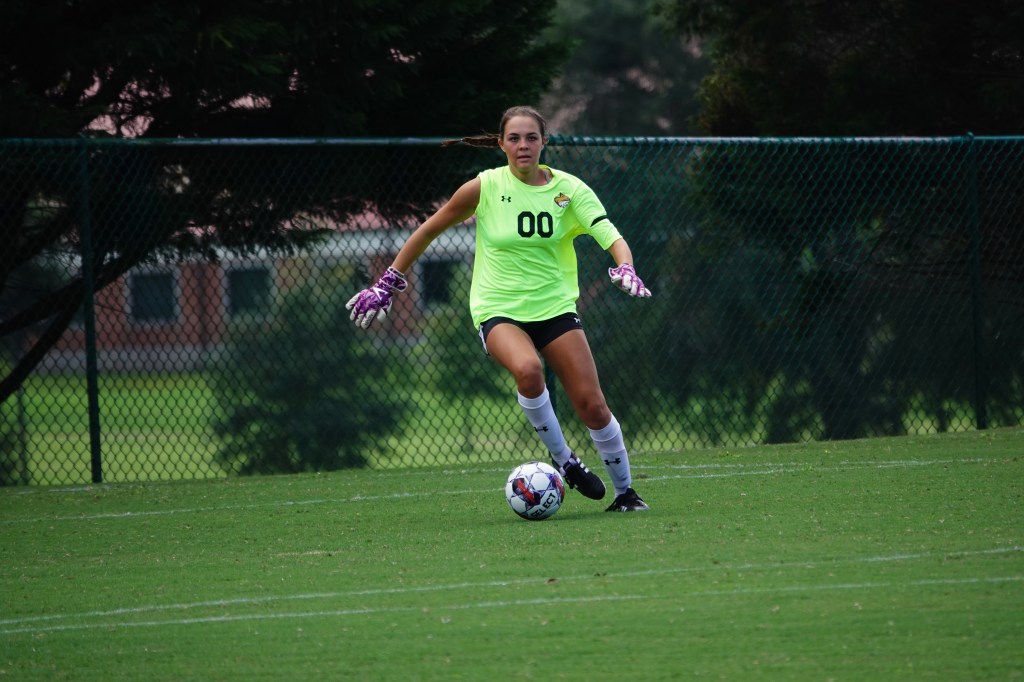 POPLARVILLE, Miss. — In its final non-conference match of the season, the No. 16 Pearl River women’s soccer team scored a barrage of goals to ease past Hinds, 5-0. Five different Wildcats scored in the match.

“It’s always good to get that many different players on the scoresheet,” Pearl River coach Henrik Madsen said. “That makes it harder for teams to key in on one specific player. I still think we needed to be a little sharper around the net. Overall, we’re happy with how we played today.”

Madsen talked about the ability to play most of his roster in the contest.

“I think our depth is really good,” he said. “It’s going to be one of our strengths. We can go 20 players deep in a game and our level doesn’t drop. That’s going to be crucial as the season goes along.”

The Wildcats (5-0 overall) nearly got on the board in just the 6th minute of the night. Alexis Cochran (Hurley; East Central) received a pass outside of the box and sliced a shot toward the goal but the Hinds keeper caught it on the left side of the net.

Less than a minute later Pearl River was on the attack again. Ann Maris Ragan (Flowood; Hartfield Academy) laced a shot on goal that clipped the top of the crossbar and went out of bounds.

Another good goal-scoring opportunity came in the 12th minute of the evening as Lucy Conway (Portsmouth, England.) drove up the right side of the pitch and crossed the ball to Ally Davis (Hattiesburg). The Wildcat forward was unable to find a shot, resulting in a goal kick for the Eagles.

After peppering the Eagles with numerous shot attempts, Pearl River finally broke through in the 24th minute thanks to defender Bailey Smith (Gulfport). The versatile outside back found herself in a good position after a ball rebounded off the HCC keeper. She quickly slotted the ball home to give the Wildcats a 1-0 advantage.

Davis doubled the PRCC advantage just before the halftime buzzer sounded in the 44th minute. Conway played a ball into the box for Davis, who turned and fired a shot over the diving Eagle goalkeeper for the goal and 2-0 lead.

Adele Mooney (Lafayette, La.; Ascension Episcopal) got on the scoresheet in the 48th minute of the contest. After being fed a pass inside the box, she fired a shot that was blocked by an HCC defender. Mooney quickly tracked down the deflection and fired it to the right of the diving goalkeeper to make the score 3-0.

Pearl River added its fourth goal of the night in the 64th minute. The Wildcats got possession of the ball after taking it away on a throw-in. Katie Havard (Hurley; East Central) turned and laced a pass to Jess Harrison (Gulfport; St. Patrick). The sophomore turned and roped a ball into the back of the left side of the net. The laser beam of a shot made the score 4-0.

The last goal of the night can be attributed to good positioning from Emma Godfrey (Pascagoula; Resurrection Catholic). Southern Miss transfer Lauren Bennett (Long Beach) won a ball in the midfield and chipped it towards the goal. The ball bounced off the Hinds goalkeeper’s hands and Godfrey never checked up, dashing to knock the ball into the net and make the score 5-0.

After the game, Madsen talked about the play of Harrison and Jenny Satcher (Hattiesburg) who split time between the posts. The pair are typically found in the field but have been forced to play goalkeeper due to injuries.

“It’s really awesome to have two players step up for the team and go in the net when that isn’t their job,” he said. “It’s great for the team and it’s a sign of a really good teammate. I’m proud of them for that.”

Pearl River returns to the pitch Friday for the first MACCC game of the year. The matchup with Meridian is set to get underway at 5 p.m.