No. 14 Pearl River pushes No. 4 Northwest to the brink 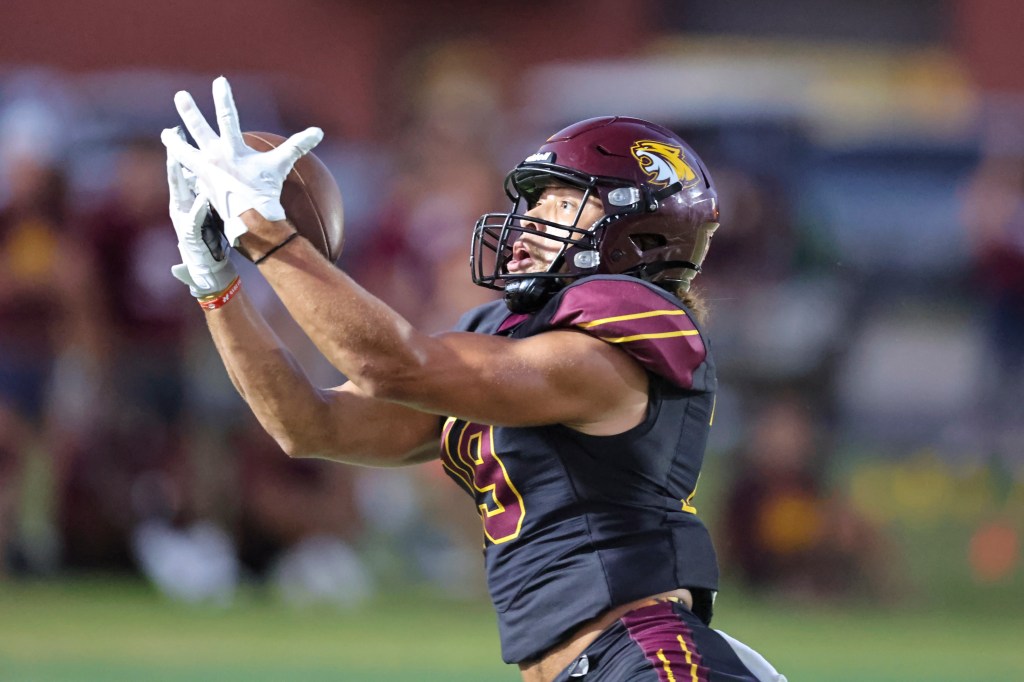 POPLARVILLE, Miss. — The No. 14 Pearl River football team gave No. 4 Northwest all that it could handle Thursday night inside Dobie Holden Stadium.

The Wildcats had the lead at the break, but the Rangers grabbed a 21-14 come-from-behind victory.

“When you play that hard, you always have a chance. Our effort tonight was phenomenal. I really feel like we have a championship-caliber defense.

“They played a lot of man against us early and I probably should’ve taken a few more deep shots. I bounced around too much to try to keep them off rhythm. I think we need to do a better job next week of establishing the run and then everything else will follow.”

Pearl River (2-1 overall) received the opening kickoff and quickly moved to its own 40-yard line.

One of the more unique plays of the season happened on the next play.

After a Wildcat interception, the Northwest (3-0) defensive lineman rumbled down the field before a PRCC player punched the ball out.

The Wildcats jumped on the loose ball to gain back possession and a fresh set of downs on their own 33-yard line.

That’s when the Wildcat offense really began working down the field.

After making it to the NWCC 33-yard line, Lawson Pratt (Tuscaloosa, Ala.; American Christian Academy) connected with Jordan Foushee (Bay St. Louis; Hancock) for arguably the catch of the year so far.

Pratt’s lofted pass down the left side of the field was batted into the air by the Northwest defensive back, but Foushee never lost track of the ball, catching it on the tip for a 30-yard gain.

An NWCC penalty moved the Wildcats to the 1-yard line and Pratt used a quarterback sneak to get into the endzone. The extra point by Michael Owens (Hattiesburg; Oak Grove) put Pearl River ahead 7-0 with 5:40 left in the first quarter.

The Wildcat defense forced a quick three-and-out on the ensuing Ranger drive, but Pearl River was forced to punt the ball right back to NWCC. The Rangers proceed to use 13 plays to drive down the field and tie things up 7-7 with a 25-yard touchdown pass.

An NWCC special teams miscue helped the Wildcats retake the lead late in the first half. Pearl River forced the Rangers to a punting situation.

The Northwest punter received the snap, took a few steps to his right to boot the ball and slipped before getting a foot on the football. PRCC quickly jumped on the ball to take over on the NWCC 40-yard line.

A run for six yards by Qavonte Swanigan (Foxworth; West Marion) set up play action on the very next play. Pratt faked a handoff to Swanigan and found a wide-open Christopher Holifield Jr. (Mobile, Ala.; LeFlore) running up the seam for a 34-yard touchdown.

The Pratt to Holifield Jr. connection made it a 14-7 ball game.

The Rangers ran three quick plays on their next drive before Ken Irving (D’Iberville) flipped possession back to the Wildcats.

The NWCC quarterback overthrew his target and Irving swooped in and grabbed the first interception of his Wildcat career.

PRCC was unable to capitalize on the turnover and entered the midway point clinging to a 14-7 lead.

Northwest got the ball first to open the second half and the Wildcat defense continued to hold strong, using a huge Bryan Whitehead II (Bartlett, Tenn.) sack to force a punt.

The Pearl River offense was only able to run three plays before punting back to the Rangers who marched down the field and tied things up 14-14 on a 3-yard rushing touchdown.

The Rangers got the ball back with 2:25 remaining in the third quarter and took their first lead of the contest eight plays later on a 1-yard touchdown run.

Pearl River got the ball back early in the fourth quarter and used 14 plays to move into NWCC territory but was unable to find the endzone.

Marquez Tatum (Mobile, Ala.; LeFlore) led the team in tackles with eight.

He also had half a sack. Justin Jefferson(Memphis, Tenn.; Bartlett) tallied seven tackles, two TFLs and one sack.

Pearl River hits the road next week for the first MACCC South Division game of the year. Kickoff with Hinds is set for 7 p.m.

The Wildcats livestream all games for free at PRCCMedia.com/gold.

Fans who have Roku, Amazon Fire or Apple TV devices can also watch the Wildcat broadcasts by downloading the “Pearl River CC” channel from their app. stores.

Games will also be available over the air in Pearl River County by tuning into 1320 AM and 106.9 FM.

The radio broadcast is also available at WRJWRadio.com and by downloading the WRJW app.