No. 13 Pearl River comes up short at Hinds 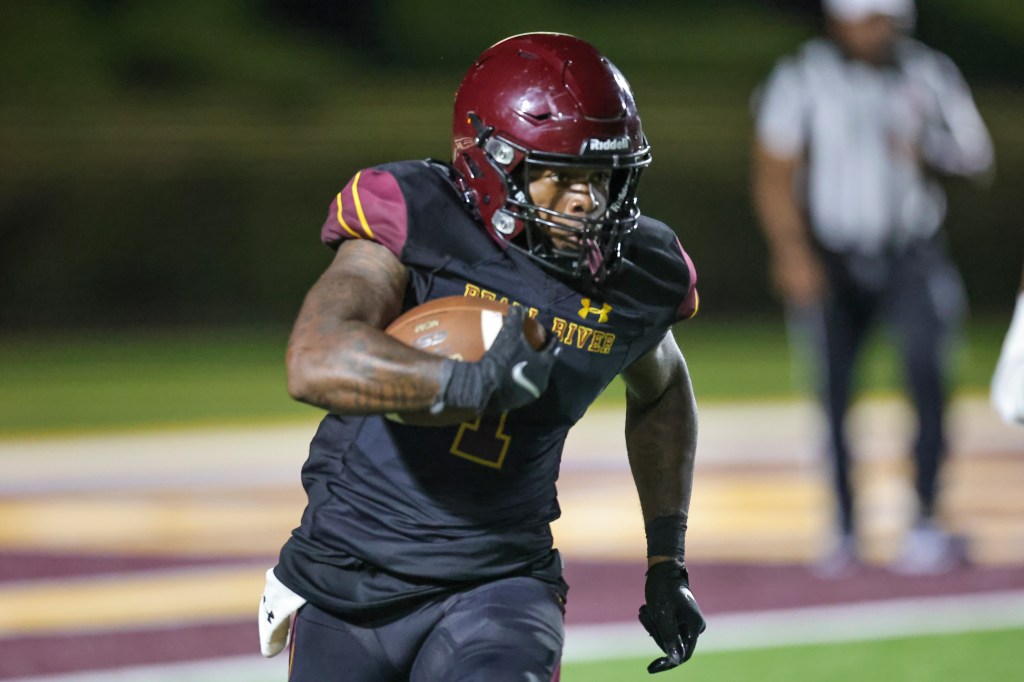 RAYMOND, Miss. — The No. 13 Pearl River football team played stout defense Thursday night against Hinds but came up short, losing 14-0 inside Joe Renfroe Stadium. Hinds’ 14 points were their second-lowest total of the season.

“We just had no rhythm on offense,” coach Seth Smith said. “We’d run the ball for three yards then I’d throw it twice and we’d punt it away. We had our shots and we didn’t make those shots. I told our offense we were going to have our shots but we didn’t make it happen. The defense played their hearts out. They couldn’t have played any better. We just need to get our offense back to moving the ball consistently.”

Pearl River (2-2 overall; 0-1 MACCC South) went three-and-out in its first drive of the night and punted to give Hinds (2-2; 2-0) the ball at its 36-yard line. The Eagles proceeded to use 10 plays to drive 64 yards and get into the endzone. The drive was capped off by a 3-yard rushing touchdown.

PRCC struggled to make any progress on its second drive of the night, but Corblin McGinn (D’Iberville) turned in one of his best punts of the year, netting 57 yards to give the Eagles possession at their 21-yard line.

The Wildcat defense forced an Eagle punt on the drive to take over at their 37-yard line. After a quick Nick Milsap (Raleigh; Oak Grove) 2-yard run, Lawson Pratt (Tuscaloosa, Ala.; American Christian Academy) connected with Antonio Gayden (Harvey, La.; West Jefferson) for a 17-yard completion. A few plays later, the Wildcats reached into their bag of tricks and pulled out a running back pass. Pratt pitched off to Qavonte Swanigan (Foxworth; West Marion). The running back took a step to his right before lobbing a pass deep down the field for Gayden. The wide receiver jumped high and came down with the ball for a 33-yard gain. The Wildcats moved the ball down to the HCC 10-yard line, but the drive stalled out and the field goal attempt from 27 yards out was blocked by the Eagles.

PRCC got the ball back right at the beginning of the second quarter, starting at its 25-yard line. Pratt found Christopher Holifield Jr. (Mobile, Ala.; LeFlore) on a bubble screen, and the receiver weaved around the defense for an 18-yard gain. The Wildcats picked up another first down after a few run plays but were ultimately forced to punt.

Hinds capitalize on a turnover late in the first half of play, using a 13-yard scramble from its quarterback to get into the endzone and extend the lead to 14-0.

The Pearl River defense held strong throughout the second half, keeping the Eagles off the scoreboard. The Wildcat offense had a few more opportunities down the stretch but was unable to get into the endzone as the contest ended with a 14-0 victory for Hinds.

The Wildcats livestream all games for free at PRCCMedia.com/gold. Fans who have Roku, Amazon Fire or Apple TV devices can also watch the Wildcat broadcasts by downloading the “Pearl River CC” channel from their app. stores.