‘National tournament is the goal’ for Pearl River golf 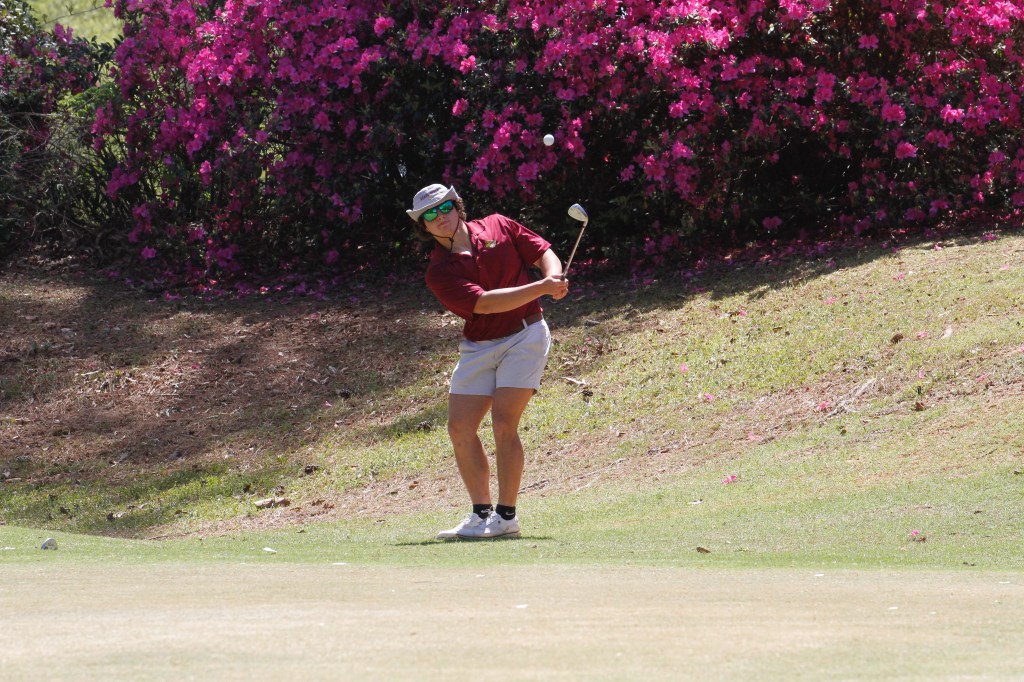 POPLARVILLE, Miss. — A season ago, the Pearl River golf program qualified for the Gulf District tournament in its first year of competition since its reinstatement. Heading into the 2022-23 campaign, the Wildcats are hoping to take the next step.

“Last year was very humbling,” head coach Coby Scarborough said. “It was great to have PRCC back for one but to also be part of it was amazing. I knew that it would be a tough year but I was excited with how we finished, earning a spot in the regional. We didn’t fare well, but we realized where we needed to be.

“The beautiful thing about it is that almost everyone from last year’s team is coming back. Those guys are very hungry and eager to get back and take it to the next level. We learned a lot as a team last year. We want to take the next step this year. The national tournament is the goal.”

A change from last season, the Wildcats will have an opportunity to host their own tournament during the spring portion of the schedule. The golf tournament will take place Feb. 6-7 at the Oaks Golf Club in Pass Christian.

“We’re excited to get to host our own tournament for the first time,” Scarborough said. “The Oaks is a great golf course, and it happens to be where the MACCC Tournament will take place this year. That will give us a good chance to learn the course and how it plays.”

“It’s really great to have so many of the players back,” Scarborough said. “The guys stayed together throughout the summer. When they were playing, they were letting me know their scores and what they were doing well. Them being excited and continuing to work has made me excited. These guys are tight-knot and it’s good to have that team bond and be around that kind of atmosphere.”

Robinson and Baker led the charge for the Wildcats in 2021-22 and have improved their game in recent months.

“Hunter and Quinten were the low men on the team last year,” Scarborough said. “It’s awesome because now they’re shooting even and under par. They’ve stepped their game up tremendously throughout the year and we’re expecting big things from them.”

Black and Rawls are another duo that returns from last season’s team.

“Hunter and Eli worked hard over the offseason and have improved their games as well,” Scarborough said.

Scarborough felt that Cunningham lacked consistency a season ago but thinks he will have a much better year in 2022-23.

“Carson is easily our most improved golfer this year,” Scarborough said. “He’s shooting mid-70s consistently. Last season he wasn’t consistent, but he’s had a lot of improvement over the summer.”

The team receives another boost with a pair of transfers. Chandler Van (West Monroe, La.) has joined the team after spending last year as part of the nationally ranked Meridian squad and Timothy Turnage has transferred in after playing at the Mississippi University for Women a year ago.

“I’m very fortunate this year as I am getting a pair of transfers on our roster,” Scarborough said. Timothy played at Picayune and was part of a state championship. He played at Mississippi University for Women last season but decided he wanted to transfer back and play for us. He’s got a good chance to be my number one golfer. He can go out any time and shoot even or under part. It’s also huge getting Chandler in. He saw us when we traveled and decided he’d like to play for us. He’s another guy that I didn’t have last year that can shoot in the low to mid-70s.”

Scarborough feels that Ward is full of potential.

“Cole has a lot of potential,” he said. “I’ve been working with him a lot recently. He’s got the ability to become really good if he gets some confidence. We need to continue to work on his game. If he puts it all together, he could be in our top five.”

Scarborough feels like his team is in a good position because so many of the players have the ability to fight for a tournament spot.

“All of my guys now are very competitive,” he said. “Last year, I had my usual five that I would take, and I knew who they were going to be every week. Now, it’s week in and week out. Whoever does well in our preliminary round is who I am taking. It could be any of them because they are all very close to each other as far as scores go.”

The Wildcats open up their season Monday in the Northeast Invitational. The tournament will take place at Shiloh Ridge Athletic Club in Corinth.