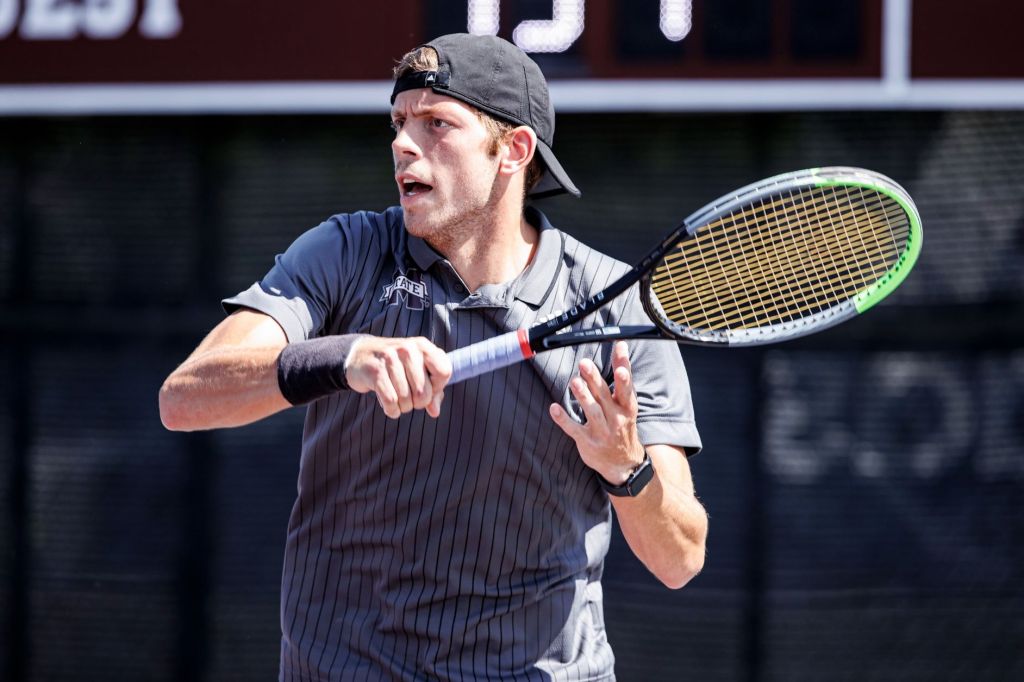 FAYETTEVILLE, Ark., – A pair of Mississippi State men’s tennis players are moving on to the second round of the main draw at the ITF Fayetteville 15K.

Graduate Gregor Ramskogler and true freshman Benito Sanchez Martinez both picked up straight-set wins on Wednesday to advance while representing the Bulldogs.

O’Hoisin was the tournament’s No. 5 seed and currently holds a No. 56 ITF singles ranking.

Ramskogler meets American Warren Wood to start the second round on Thursday at 9 a.m. while Sanchez Martinez takes on former Florida standout Sam Riffice later in the afternoon.

MSU had two others competing in the opening round of the main draw on Wednesday as well. Junior Carles Hernandez and true freshman Petar Jovanovic each claimed their first sets but ultimately fell short and were eliminated from the event.

In his first action of the fall, Hernandez beat Great Britain’s Blu Baker 6-4 in the opening set but dropped in the next two by the same score. Jovanovic also won the first set 6-4 against TCU’s Sander Jong but was unable to sustain the strong start, dropping the next two 6-0, 6-2.