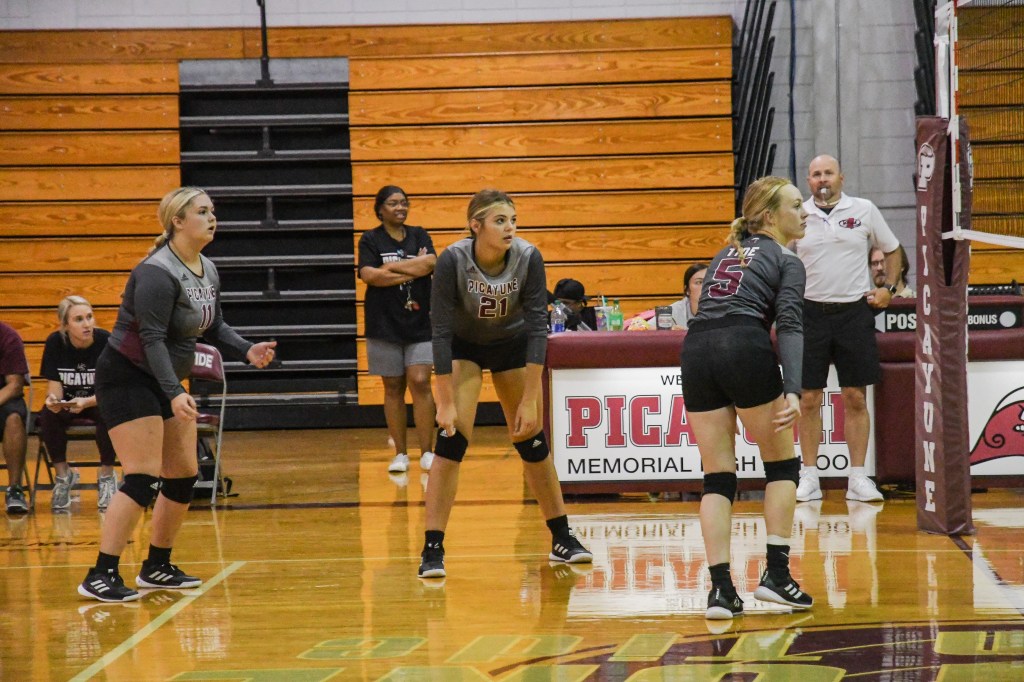 The Picayune Lady Maroon Tide checked their season win column after taking a 3-1 set victory over the Hattiesburg Tigers (8-6).

This win not only ends a three game losing streak but keeps Picayune in the playoff conversation with the second half of district play approaching. Picayune is currently 4-10 overall and 2-2 in district.

Tuesday night’s game against the Tigers finished in four sets. The Lady Maroon Tide were short handed that night but their reserve players stepped up to help clinch the win. Picayune won the first set 25-16. Hattiesburg won set two 28-26. Picayune then won the next two sets, 25-13 and 25-21.

Picayune had a total of 15 aces, and 6 blocks led by Reese Sorrells’ three blocks.

“That was a big win for us, that put us in a good spot. Right now everybody has to play everyone again but we’re sitting at number three, so it was exciting getting that win,” said Head Coach Courtney Dickens.

The third set was the defining set for Picayune. Dickens said even though they won the first set, her players looked timid.

“They didn’t seem comfortable,” she said.

Dickens was proud of how her players responded to adversity in sets three and four.

“They responded very well and how they should, they went out there and punched them in the nose early, got a good lead on them and kept the lead,” said Dickens. “They knew we needed a win and they took care of business.”