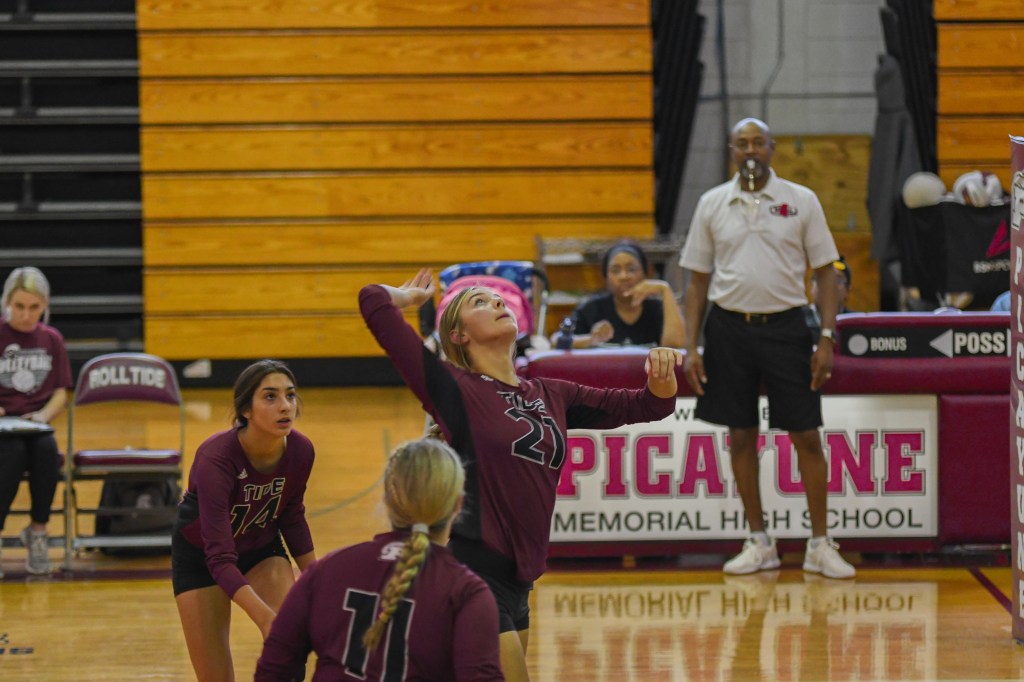 It was a close first set leading up to 17 points.

“In the first set, at one point, we were tied 15-15, they kind of had a little run and got away with it,” said Picayune Head Coach Courtney Dickens. “The second set could of gone better, we started out on serve and receive, we couldn’t pass the ball and we got down 10-0 and it’s just hard to come back from 10-0.”

Dickens said the team didn’t play bad during the second set, she just stressed how hard it is to recover from a such a large deficit against a good team.

The third set was also closely matched and Picayune even held the lead a couple times. Dickens said Annaliegh Robbins Reese Sorrells had a good night on defense, picking up several blocks. Unfortunately Picayune couldn’t turn the tide in their favor to win set three.

Overall, the Lady Maroon Tide controlled the ball and was in defensive position much more often. Dickens believes if her team played previous opponents the way her team played against Long Beach, they’d get the win.

Next, Picayune opens district play by hosting the West Harrison Hurricanes (9-10) on Thursday at 6:30 p.m.